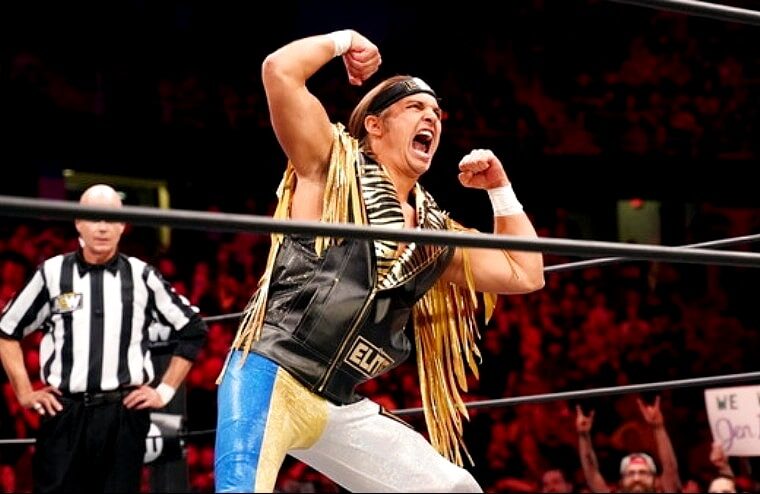 Multiple wrestlers have caught COVID-19 over the last ten months, including The Rock and Mick Foley, and now Nick Jackson can now be added to that list. The AEW Tag Team Champion has revealed on Instagram that he had to deal with the infectious disease in September. He also states that he had to let his brother Matt handle much of the wrestling in their matches due to the virus affecting his cardio once he could return to the ring. 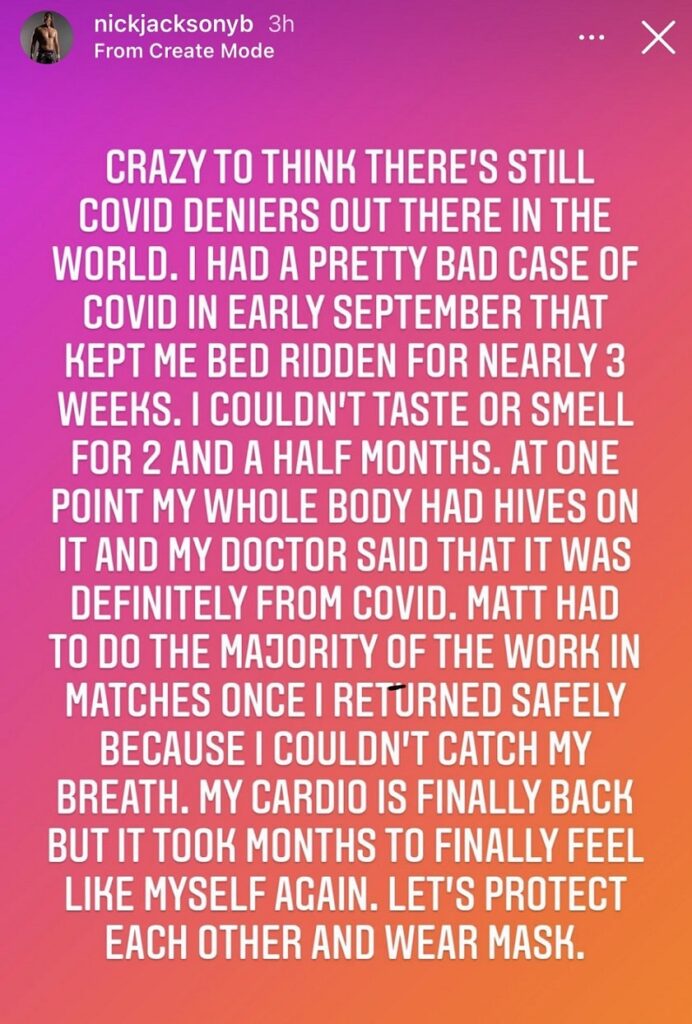 Nick missed 46 days during this period, with his last match in September taking place at All Out on September 5th. This goes some way to explaining the unusual build to the Young Bucks vs. FTR match at Full Gear on November 7th, as we now know Nick was unavailable. Thankfully, Nick has managed to recover, although sadly, he did share the news in an earlier Instragam post that his aunt recently passed away due to the virus. Everyone at WIJ offers their condolences to him and his family.