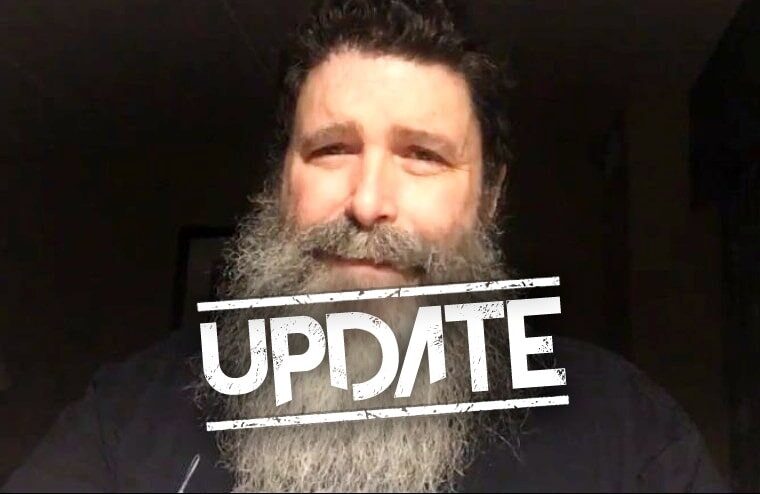 On Friday night Mick Foley revealed he had tested positive for COVID-19. He believes he caught it at a virtual autograph signing on December 12th due to one of the two men in attendance with him starting to show symptoms later that day. This resulted in him isolating away from his family, in a hotel room, and missing both Christmas and New Year’s with them. Thankfully Foley has now followed up with some good news and confirmed that after 19 days alone, he is no longer contagious and will be returning home tomorrow. You can read his Facebook post discussing this below. 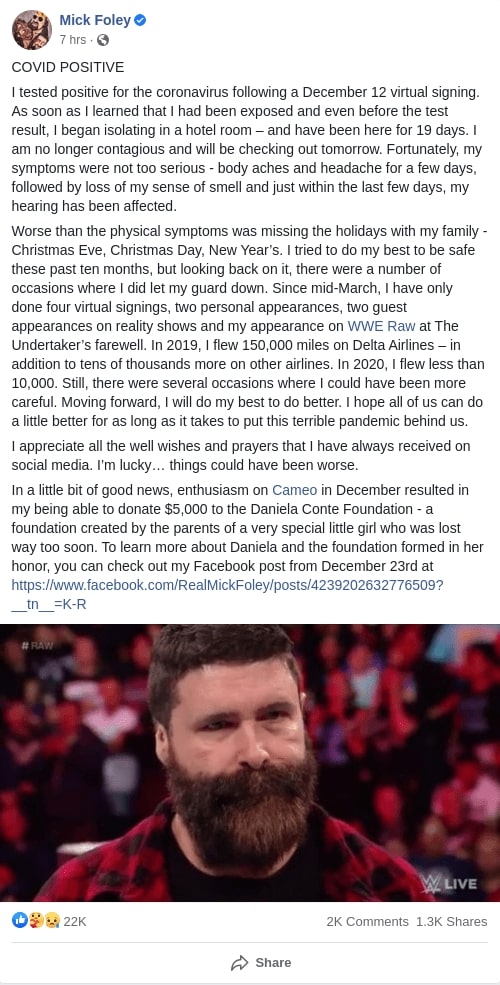 Mick Foley is well-known for his love of Christmas, so not celebrating the holiday with anyone would have been terrible for him. He does, though, have a Christmas room in his house, so hopefully, he’ll be able to celebrate Christmas in January.