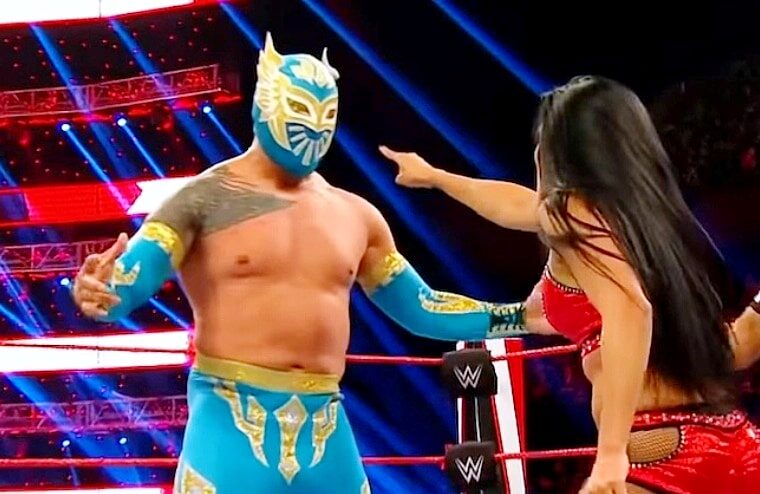 A decade ago, WWE held a press conference revealing they had signed Luis Ignacio Urive Alvirde, a massive star in Mexico as Místico. Under the name Sin Cara he was expected to become a worldwide star, but this obviously never transpired. One of the reasons for this was just over three months after debuting, he received a 30-day suspension for a wellness violation. While suspended, Jose Jorge Arriaga Rodriguez, who competed as Hunico, would wrestle under the mask in his place.

Arriaga would later take over the role full-time in 2014, and his run as the character lasted until late 2019, when he was granted his release. Now in an interview with Wrestling Inc, the former Sin Cara has opened upon requesting his release and how he felt he wasn’t worth anything to Vince McMahon.

I called a few friends. Some of them are pastors, and they gave me guidance on if I was making the correct decision for my life and for my career. And everything pointed out that it was the correct decision, and I know that they didn’t like that for me to put it out there in public, but how else could I really let them know how I felt if they didn’t really want to listen to me? I had already talked to a lot of people.

I was trying to reach out to Vince. They said that I had to do an appointment, I was like, “I’m not gonna do an appointment. I’ve been here for 10 years, and if he can’t give you five minutes of his time, then I’m not worth anything to him. Why do you want me here then?” It was just a very sad situation for me to try to just work really hard to put my ideas out there and see if I could just let him know that I wanted to really earn my pay.

It was terrible being at television and just being in catering sitting down. It was terrible. It was an awful feeling, and I know that a lot of the guys have experienced that. Cinta de Oro F.K.A Sin Cara

Following his WWE departure, Arriaga would appear at AAA’s annual Guerra de Titanes show, wearing his Sin Cara mask and using the name. However, he would quickly change his name and mask to that of “Cinta de Oro,” which was the name of the luchador that trained him but had sadly passed away in 2016. Unfortunately, since then, worldwide events have limited his in-ring appearances, although he is booked to wrestle on the same show where Alberto Del Rio is scheduled to face Andrade on July 31st in Texas.