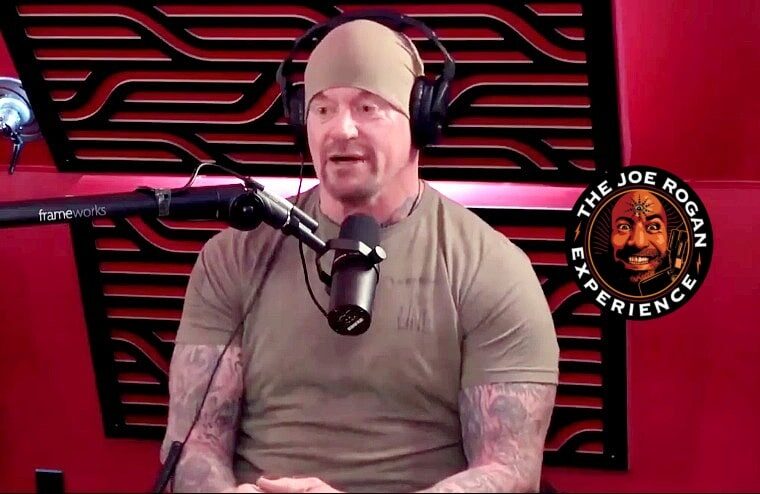 The Undertaker protected his character virtually his entire career. So it was weird when he opened a Twitter account and even more bizarre when he confirmed it was actually him tweeting. Things would change during the promotion of his WWE Network documentary series, The Last Ride, as he would do interviews out of character. Now he has participated in perhaps what will be his most listened to interview ever, as he was today’s guest on The Joe Rogan Experience. It was an interesting listen, and many topics were covered, one of which was steroids in wrestling, and The Undertaker confirmed he has used them and what the talents mindset was like back in the day. He’d also reveal that current wrestlers have four mandatory urine tests and two blood tests every year.

There was a time when you had to be jacked. Especially with the big guys, there was a stigma. You had to be 300 pounds, it’s in our head. Nobody gives a sh*t. They’re interested in the characters we are on TV, but in our heads, it was like, “f*ck I gotta be 350 pounds.”

That was the wrestler’s mindset then, but now we’re tested for everything which I don’t understand because there are some big motherf*ckers out there, and they’re cut, and I don’t know how they did it. Like, I couldn’t get that way when I was on steroids.

Before I switched my contract, now I’m not a talent, I’m a legend — I only worked two or three times a year, but I was under a regular contract. Under a regular contract, and this is if you tested clean, you had to have four mandatory p*ss tests and two blood tests every year. They’d get to the end of the year, and I’d get a call, ‘Go to the lab and do a piss test.’ I hadn’t been in the ring in six or seven months, but they’d look at the book and say, “oh, we forgot about him.'”So you get the piss test done, but that was only three. Sure enough, next day, another phone call, “go back to the lab.” They’re totally random; they just show up. I was home. That’s why I didn’t get tested until the end. I know what the protocol is, and if anyone could get out of it, it would be me, and I couldn’t get out of it.The Undertaker

Steroids in wrestling were a big problem in the 80s, and WWE started testing in the 90s after a doctor from Pennsylvania was arrested for providing steroids to WWE wrestlers. His conviction subsequently led to Vince McMahon going to trial in 1994, but he was acquitted, and WWE stopped testing in 1996. Sadly it would take the tragic death of Eddie Guerrero for WWE to take the next step and introduce a Wellness Program in 2006, which tests for both recreational prescription drugs. However, Ryback had previously alleged that some referees would warn the wrestlers about upcoming tests when he was with the company, so they had time to take the necessary measures not to fail.