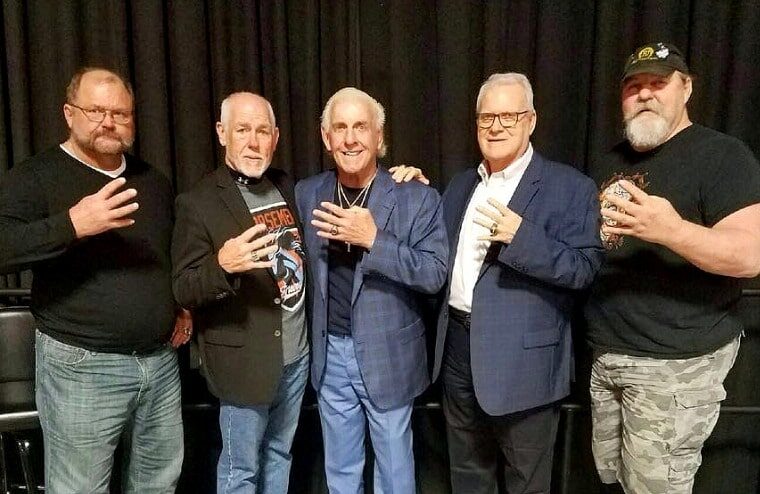 Ric Flair and Arn Anderson met in the early 80s while both working Southeastern Championship Wrestling, an NWA-affiliated promotion operating out of Tennessee and Alabama. Their careers would eventually become intertwined due to the Four Horsemen, and it was thought a lifelong friendship had begun. Anderson even watched the door and risked his job when Flair tried to beat up Eric Bischoff during their time together in WWE.

Sadly it now appears the pair are no longer close as Ric Flair has revealed in an interview with Wrestling Inc they no longer communicate, and he is distraught Anderson isn’t there for him following the death of his son Reid. He’d also add he doesn’t know her from Tully Blanchard, Barry Windham, or Ole Anderson.

How do you not text? We don’t do anything anymore. We don’t talk. When it’s close to his birthday, I get emotional. Like I said, one of the greatest. It’s got nothing to do with business. You just struggle with the people who you think will be there for you and the people that you don’t think will be there are. Nothing’s bigger than the love of your children.

It’s sad to hear Flair is no longer in contact with people that were such significant parts of his career. However, there are always two sides to every story. Perhaps when word gets back to them about how Flair feels, it will open the door for an eventual reconciliation. Thankfully Ric has his fifth wife, Wendy there for him.