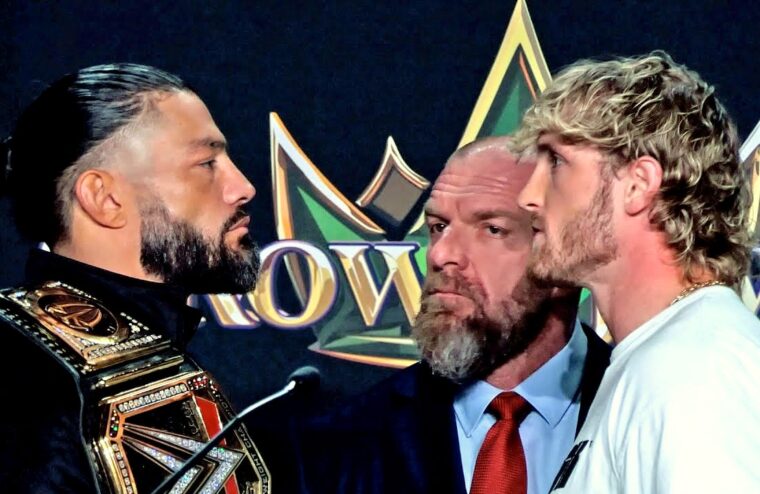 Roman Reigns is set to face Logan Paul at Crown Jewel in Saudi Arabia on November 5th, with the match announced during a  press conference in Las Vegas on Saturday. And while Paul is a fantastic athlete with tons of charisma, many fans don’t like that a controversial YouTuber with just two wrestling matches under his belt is challenging for the Undisputed WWE Universal Championship.

Now though, Dave Meltzer has revealed while appearing as a guest on Sunday Night’s Main Event that the match has been booked due to Saudi Arabian Prince Mohammad Bin Salman Al Saud wanting celebrity matchups. With it noted that neither Kevin Owens nor Seth Rollins vs. Reigns would draw the same levels of attention as Paul, as he is a big deal in the country.

He’s a big deal in Saudi Arabia, he’s a big deal to the Saudi Arabian prince, and that’s the whole thing of these shows. Nothing to do with tickets. Tickets in Saudi Arabia mean nothing. It’s not even part of the game. Of course, TV numbers, whatever. If he draws younger viewers, that’s good, but it’s not a play for TV ratings.

WWE began running house shows in Saudi Arabia back in 2014 and signed a huge money deal to hold pay-per-view quality shows there. And while often the shows aren’t great, with big matches failing to deliver, they are usually newsworthy, with Shawn Michales coming out of retirement, Goldberg wrestling The Undertaker in a 90s dream match, and a 50-man Royal Rumble having all taken place there.

However, every time the WWE returns, the company is accused of partaking in sports washing due to Saudi Arabia’s human rights record. And some wrestlers have even refused to travel to the country because of this and other issues. Goldberg would go as far as to say he was actually scared when he was first asked to attend due to being Jewish but added he received a great response, so he went back.