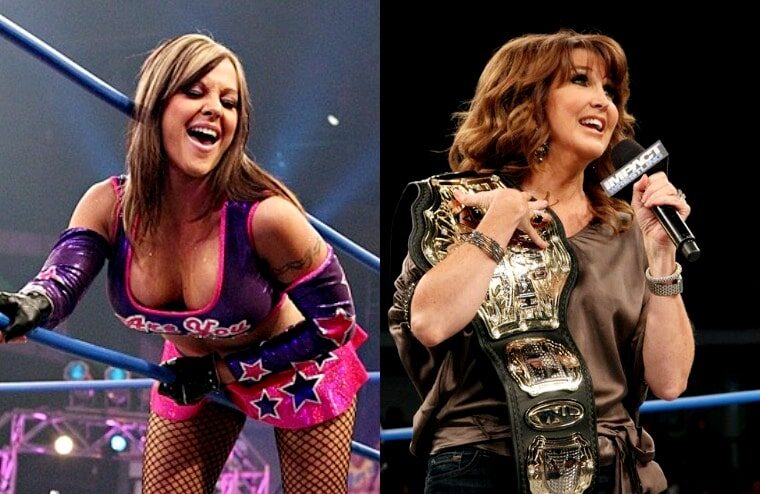 Velvet Sky worked for TNA between 2007 and 2016 and is best remembered for her time in The Beautiful People, a group of wrestlers who felt they were more attractive than the other talents. While the group had various members throughout its run, Sky and Angelina Love were the founders and have recently launched The Beautiful Podcast.

The best way to stir up interest in any new wrestling podcast is to grab headlines and get fans talking, and Sky has done just that after branding TNA’s former majority owner Dixie Carter “vile.”

There’s this huge misconception of her that she’s so sweet. I’m not hating on her because people are like, “Well, if it wasn’t for her, there would be no TNA.” Yea, good, she served her purpose. She was the money person, and I give her props for that. But, the way she treated people, I’m sorry. I’m real. I see through the bullsh*t. I’m not an a*s kisser. There were a lot of people in the company, male and female, that did kiss her a*s. I was not one of them. You were not one of them. I did not give a f*ck if she liked me or not.

I was contracted under Jeff Jarrett. Jeff Jarrett signed my contract, not Dixie Carter. I don’t have to do sh*t to appease her. I wasn’t a bitch to her. I didn’t go out of my way to be a bitch to her. If we were face to face, it would be like, “Yes, hello. How are you?” out of respect because I’m not a disrespectful person. She was just vile.Velvet Sky

While Dixie Carter is often criticized for her time in TNA, as Sky stated, she did save them from going out of business after HealthSouth Corporation cut its financial support of the promotion. Dixie convinced her parents, who owned Panda Energy International, to purchase 71% of TNA for $250,000. She would become TNA President, but after the promotion failed to challenge WWE, her parents stopped investing in TNA.

Following legal issues involving money owed to Billy Corgan, the company was sold to Anthem Sports and Entertainment, who rebranded TNA as Impact Wrestling. Carter does still own 5% of the promotion, but it’s believed she has no decision-making power anymore.