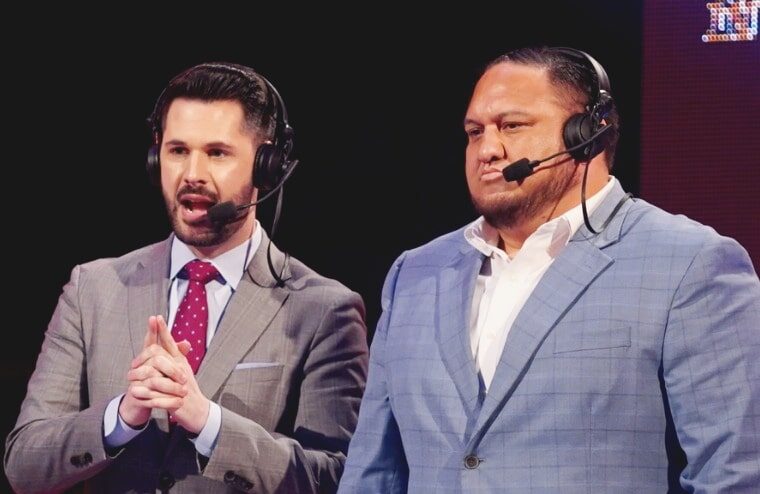 Yesterday we reported that WWE was switching around their Raw and SmackDown announce teams following the signing of Canadian sportscaster Adnan Virk. The former ESPN host is set to join Raw from tonight and will be working with Byron Saxton and Corey Graves. This left both Tom Phillips and Samoa Joe’s futures unknown, however, WWE has now issued a press release officially announcing Virk’s signing and providing an update on the former Raw commentators.

Phillips is set to announce 205 Live, the show written by Mick Foley’s son Dewey that airs on Friday’s following SmackDown on Peacock in the US and the WWE NEtwork worldwide. He will also oversee special projects for other WWE programming. With regards to Joe, it only states he remains part of the talent roster. This could possibly indicate he could be set to return to the ring, having not competed in over a year due to concussion issues.

It remains to be seen what SmackDown’s announce team will look like come Friday. At present, it is only known, Michael Cole will stay on as the lead announcer, with the color commentator role yet to be revealed.