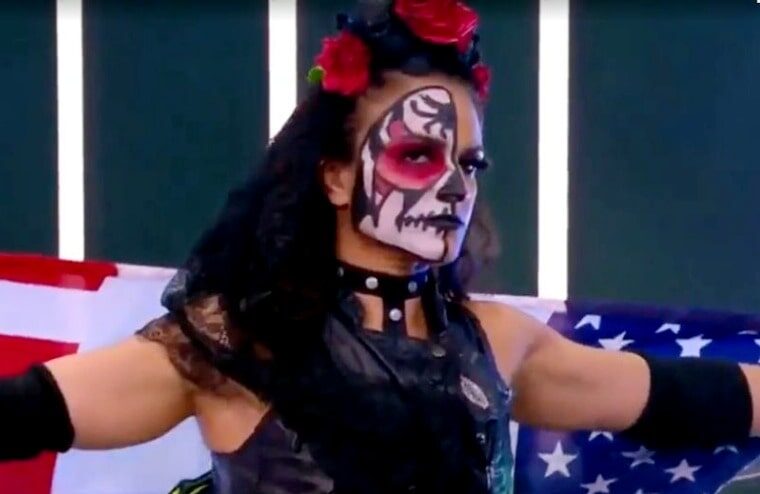 The wrestling world lost a true legend on Tuesday evening when Road Warrior Animal passed away. News broke the following morning, and since then, both wrestlers and fans alike have been mourning his passing.

On last night’s episode of Dynamite, Thunder Rosa paid tribute to the WWE Hall of Famer by wearing a variation of his face paint instead of her usual Day of the Dead style she wears to honor her deceased grandfather. You can see this in the featured photo above.

Thunder Rosa, who is the NWA Women’s Champion would team with AEW Women’s Champions Hikaru Shida, defeating the team of Ivelisse and Diamante. The finish saw Shida pinning Diamante following a Falcon Arrow and Shining Wizard.