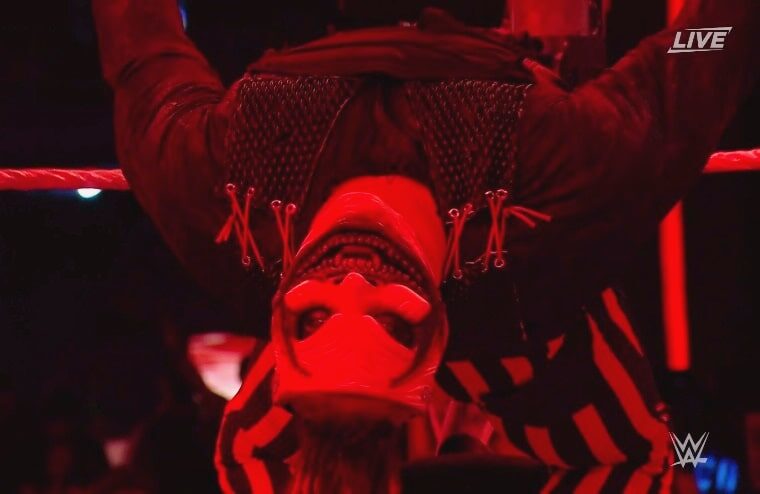 Brodie Lee sadly passed away last December, and on subsequent shows, several wrestlers would pay tribute to him in their own way. Lance Archer would dress like Luke Harper on Dynamite, Drew McIntyre referenced Huber’s Twitter catchphrase saying, “It’s Monday, you know what that means,” during a Raw promo, and The New Day wore matching Brodie Lee outfits at the Royal Rumble.

Now, Bray Wyatt can be added to that list, having wrestled his first match since his friend and former Wyatt member’s tragic passing. He did this by putting his hands to his mouth and shouting “Yeah, Yeah, Yeah,” directly at the camera during his WrestleMania match against Randy Orton. You can watch this for yourself below.

Somewhat surprisingly, The Fiend would go on to lose his return match after being distracted by Alexa Bliss, who had black liquid running down her face. This would allow Orton to hit an RKO, get the victory, and potentially end the long-running feud. Following the match, both The Fiend and Bliss would disappear with the lights off, leaving fans at home and in attendance bewildered by what they’d just witnessed.