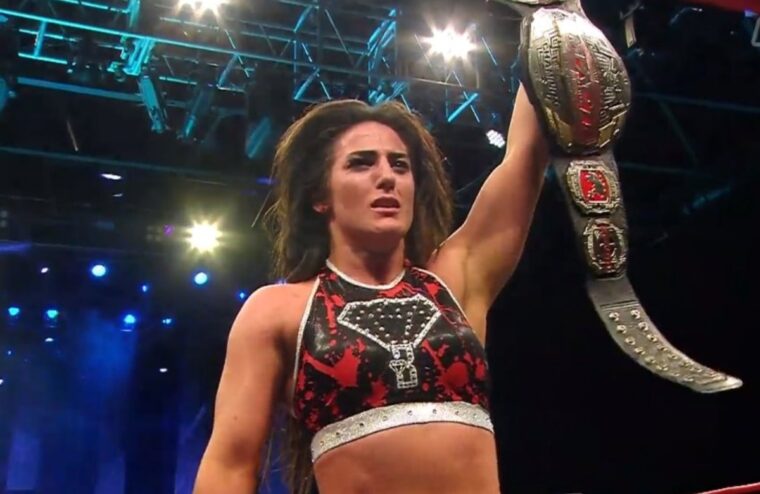 Tessa Blanchard made history last night, being the first woman to win the Impact Wrestling World Championship. A title with a somewhat complicated lineage that includes Sting, AJ Styles, Mick Foley, and Kurt Angle as past holders.

She follows on from Sexy Star, who was the first female World Heavyweight Champion in a major wrestling promotion when she won the title in Lucha Underground.

Her win came against Sami Callihan at the Hard To Kill PPV after two Destroyers and a Hammerlock DDT. You can watch the historic moment below.

The title change had been in doubt after claims of racism and bullying were made against her on Saturday, but they didn’t cause Impact Wrestling to change their long-term booking plans.

Over the past eight months, this has been my life. Sami and OVE have been a thorn in my side, and tonight we did it. Nobody in this life is perfect. We’re all human. And it doesn’t matter what you say about me. It doesn’t matter what you call me. I’ve got one of the strongest minds that I’ve ever known. So whenever you come for me, you come for all these people, and I am now the standard-bearer of Impact Wrestling and man or woman, pound for pound, I am one of the best in the world. And I am now your World Champion!Tessa Blanchard