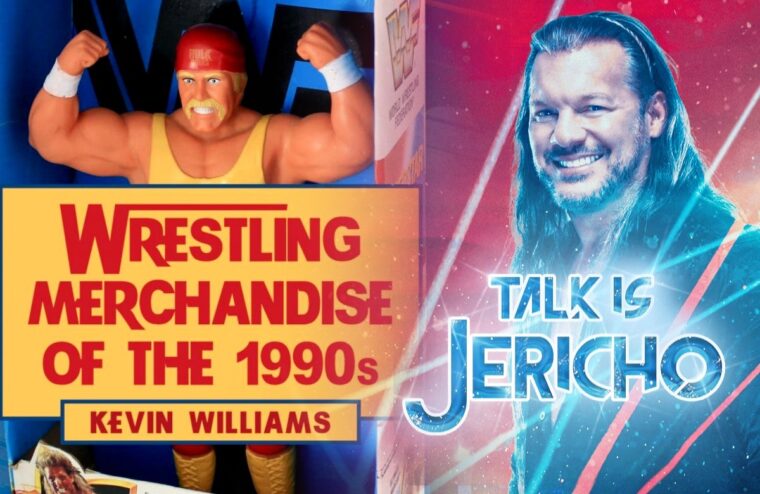 Kevin Williams is the author of “Wrestling Merchandise of the 1990s,” a photographic look back at some of the best and most bizarre wrestling merch of the 90s. He shares some of the most popular items and wrestlers of the time including Hulk Hogan, Steve Austin, and The Rock. He discusses some of the rarest and most valuable items from action figures to cards to foam fingers! He details why some company’s merch is more valuable than others, how action figures have changed over the years, the pieces that are most sought after by collectors (think Andre The Giant and Ultimate Warrior), and what he considers to be the most prized piece in his own personal collection (hint: it involves The Undertaker). Plus, Jericho shares stories about his first-ever action figure and t-shirt, the Jericho merch that he’s accumulated over the course of his career, and his favorite Jericho-branded items (including the elusive Jericho bowling ball).