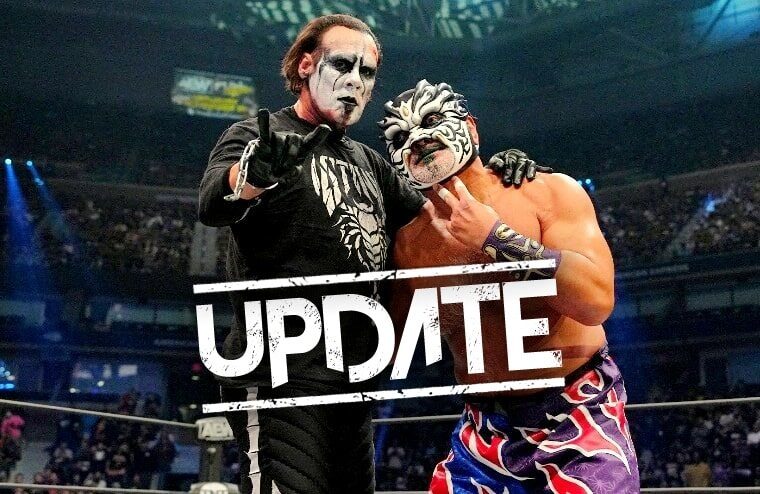 Two months ago, 59-year-old Keiji Muto would make an AEW Rampage appearance under his Great Muta gimmick. He did this while initially teasing attacking long-time rival Sting but instead made the save by spraying green mist into the face of Buddy Matthews. Subsequently, NOAH, the current home promotion of Muto, would announce that Sting would be teaming with him during his final bout under the Great Muta gimmick on January 22, 2023, a month before his actual retirement match.

And while at the time of the announcement, fans were delighted to know the two rivals would team for such a significant match, some did call into question how good the match would actually be as neither man is in their prime. And seemingly being well aware of this, it’s now been announced that Darby Allin will be joining them to make it a six-man tag, with their opponents yet to be confirmed.

The veteran pair of Sting and Muto first worked together during a series of house show matches for the NWA in 1989 before wrestling on PPV at the Great American Bash later that year. During that period, they would compete 60 times, including matches in New Japan. Then after years apart, they reignited their feud in 2000 when Muta returned to WCW as part of Vampiro’s Dark Carnival stable, which saw them wrestle on house shows, episodes of Nitro, and in a threeway match at Fall Brawl.