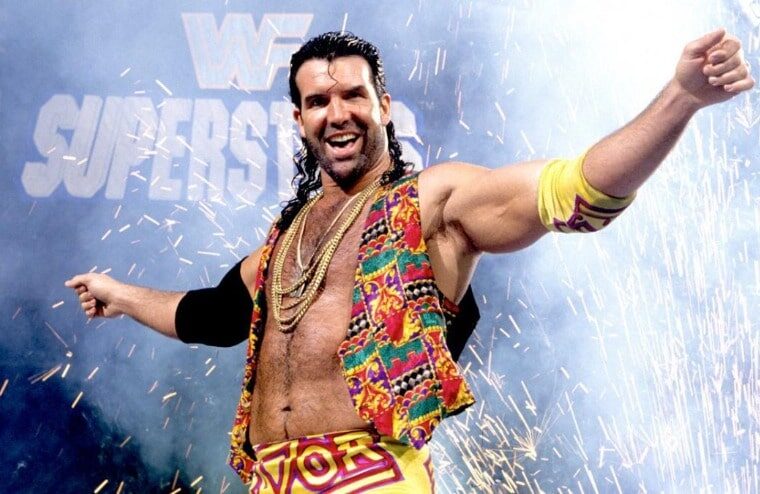 Scott Hall would rise to fame in WWE as Razor Ramon but had to jump back to WCW in 1996 to earn what he felt he was worth. As part of the nWo, along with Hulk Hogan and Kevin Nash, he swung the tide in WCW’s favor in their battle with WWE. Still, once WCW was no more and WWE needed a ratings boost, he would return for a second run with Vince McMahon’s company using his nWo persona in 2002.

Things wouldn’t work out for Hall during his WWE return, and he was released following the infamous Plane Ride From Hell debacle. Since then, he has battled his personal demons, and been inducted twice into the WWE Hall of Fame, and had legends contracts along the way. Now speaking to his former WCW boss Eric Bischoff on his podcast, he has revealed that thanks to his longstanding association with WWE, he still earns six figures a year, and the company treats him better now than when he was an active talent.

I mean, I’m making six figures just off merchandise, and every once and a while, when you make an appearance, you make more. The funny part is, now that I hardly ever work for them or hardly do anything, the payoffs are way better. It’s always first-class airfare, they always have a driver at the airport. When I was filling seats for them and traveling all around the world, I couldn’t get sh*t.

$100,000 plus does sound a lot of money for someone no longer wrestling, especially when you consider talents only receive a small percentage of merchandise revenue. However, nWo merchandise is still abundant on WWEShop.com, with multiple t-shirts, Zubaz pants, and replica belts for sale. While money from that would be split with the other members, there is also has a Razor Ramon section for nostalgic fans. When you add in action figures and use of his likeness in video games, it seems a realistic amount, and it’s great to see wrestlers being compensated well.