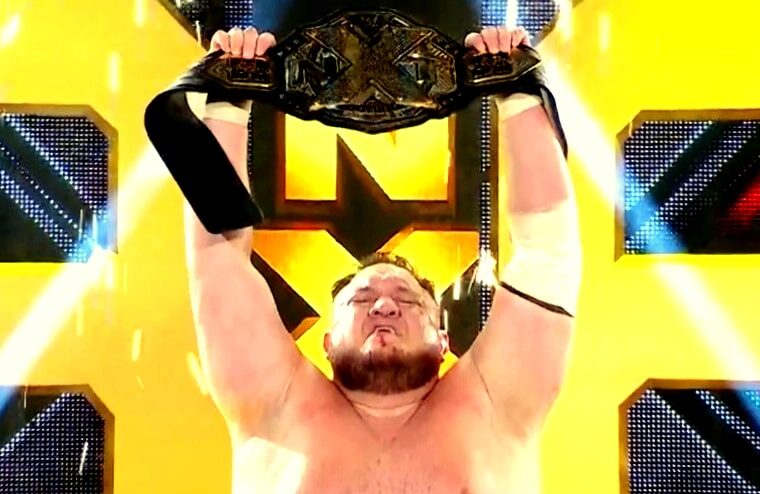 On Sunday night Samoa Joe would surprise fans by announcing via a video on Twitter that he was relinquishing the NXT Championship less than a month on from winning it at NXT TakeOver 36. He wouldn’t give any specific details other than he was injured and would be out for a “brief but undetermined amount of time.” The video was done in character, and he would offer condolences to the next champion as he would be coming for them.

The fact Joe is vacating the title is somewhat concerning, considering Finn Balor broke his jaw while NXT champion and WWE gave him three months to recover. This seemingly suggests that Joe will be out longer than that. With him only wrestling once since suffering two concussions, everyone will be hoping that this injury is not concussion-related.

This past April, Joe was actually released by WWE after the company reshuffled their commentary teams. With him not being cleared to wrestle at the time, he was deemed surplus to requirements. However, it’s believed Triple H did not agree with this decision, and following a meeting at the Performance Center, he was brought back and quickly put on NXT. His return to the brand would see him initially become an authority figure as General Manager William Regal’s enforcer, giving him the additional time he required to get medically cleared.