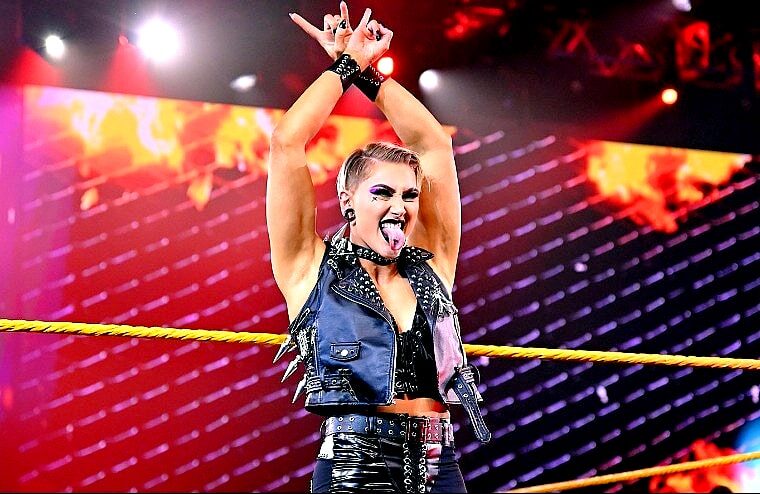 Rhea Ripley lost a Last Women Standing match to Raquel Gonzalez on Wednesday night’s NXT New Year’s Evil show. It was a hard-fought battle and ended when Gonzalez chokeslammed Ripley through the stage, and Ripley couldn’t answer the count. Following the match, Ripley was stretched out, and the belief is this was to write her off NXT television ahead of her main roster call-up. As of writing, it isn’t known which brand she is headed for.

The Australian began wrestling for WWE in 2017 and competed at the inaugural Mae Young Classic. She’d start to make a name for herself on the NXT UK brand in 2018 before moving to the top NXT brand in 2019. Her most notable angle came in 2020 when she appeared on Raw and pressured the Royal Rumble match winner Charlotte Flair to use her title opportunity to challenge her for the NXT Women’s Championship at WrestleMania 36. To the dismay of many fans who thought a WrestleMania victory over Charlotte would make Ripley a star, Charlotte defeated Ripley by making her tap out to the Figure-Eight Leglock. However, at 24 years of age, she has more than enough time to become one of the company’s top stars, and perhaps get her win back on the main roster.