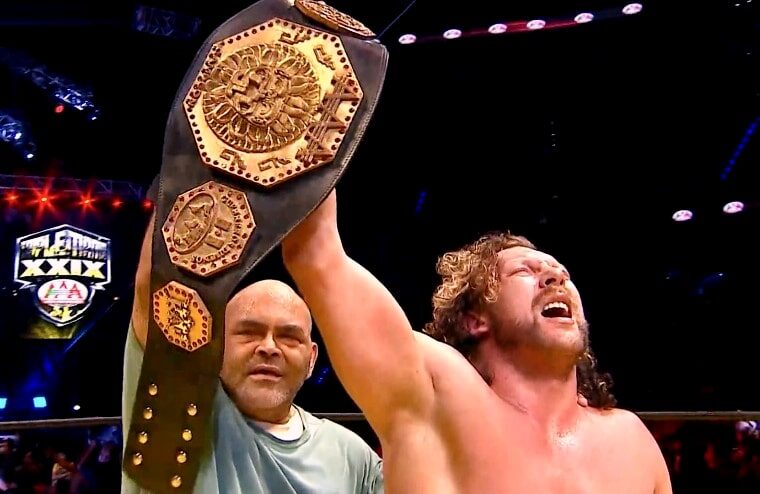 The AAA Mega Championship is the top title in Mexico’s AAA promotion and has been held since October 19, 2019, by Kenny Omega. However, with Omega being banged up and set to undergo multiple surgeries, it has been announced the title has been vacated. At this time, what they plan to do to find a new champion hasn’t been revealed, although El Hijo del Vikingo, who has wrestled for Impact Wrestling, remains the #1 contender.

Following the announcement, AAA would share an Omega promo video that sees him acknowledging the company’s decision but stating they could have postponed his title defense. Then in character, he would declare he would be returning to the promotion when recovered to become a two-time champion and the greatest luchador ever.

Omega’s run as champion wasn’t what many had hoped due to travel restrictions and his AEW commitments severely limiting how many appearances he could make for AAA, with at one point there being an eight-month gap between title defenses. Most likely, his run will be best remembered for his final defense, which took place in August when he defeated Andrade, who was accompanied by Ric Flair, with the WCW legend getting physical in the ring for the first time for several years.

At the time, Andrade was set to win the AAA Mega Championship. However, plans reportedly changed due to AEW not wanting Omega losing two high profiles matches so closely together, with Christian having defeated Omega for the Impact World Championship the day prior. In hindsight, it seems it would have been best for AAA to have had the title change hands as planned, although as there was no contract with Andrade, there could have been potential issues there.