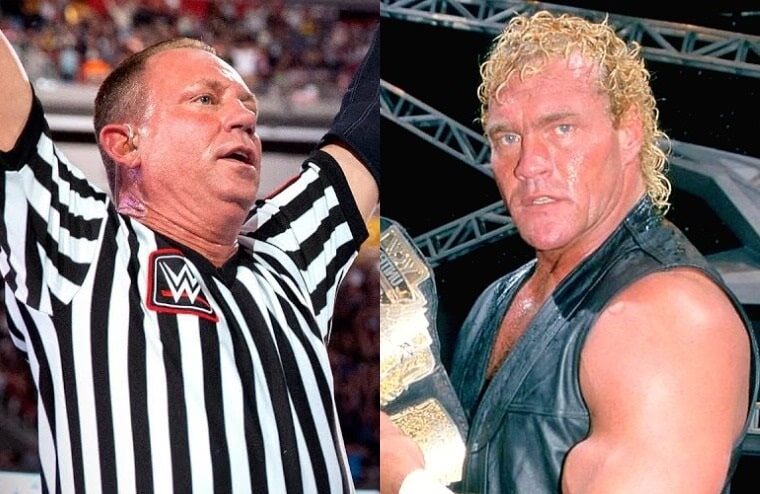 Former WWE referee Mike Chioda shared a ring with practically every major star that’s worked for Vince McMahon’s promotion during his 30 years with the company. Now he is sharing his knowledge and insight every week with fans for AdFreeShows.com. During his latest mailbag show, he was asked if he’d ever had an unpleasant experience with a wrestler. Chioda would name Sid Vicious, who wrestled as Sid Justice, Sycho Sid, and just Sid during his WWE runs in the 90s.

Probably, not an unpleasant experience for me so much, but probably Sid Vicious. He was one of the most arrogant guys back in the day. He had a don’t give a sh*t about anything, attitude to be honest with you. When he was in his prime, I would have to say Sid Vicious. You never knew what he was going to do in the ring. You didn’t know if he was going to blow a gasket or blow his lid. I always kept my distance from that one.Mike Chioda

Keeping your distance from Sid does seem a sensible choice when you consider that in 1993 during a WCW tour of the UK, he and Arn Anderson got into a now-infamous hotel room fight. The results weren’t pretty, and both men required urgent medical attention after getting stabbed with a pair of scissors. Sid ended up getting fired for instigating the confrontation. While it initially looked like Sid’s career was over in the big leagues, WWE brought him in just two years later to be the storyline bodyguard of Shawn Michaels.

This wasn’t the first time Sid had acted aggressively towards a fellow wrestler. Two years earlier, he purposely tried to injure Brian Pillman due to him not want to take his powerbomb finisher during the WarGames match at WrestleWar 1991. Six months after the event, the pair, along with Mike Graham, got into an argument at the Ramada Plaza Atlanta Airport hotel while now working for rivals companies. Sid would attempt to fight both men with a squeegee (yes, seriously) that he had in his rental car, but had he snatched out of his hand by Graham, who threatened to shove it up his @ss.