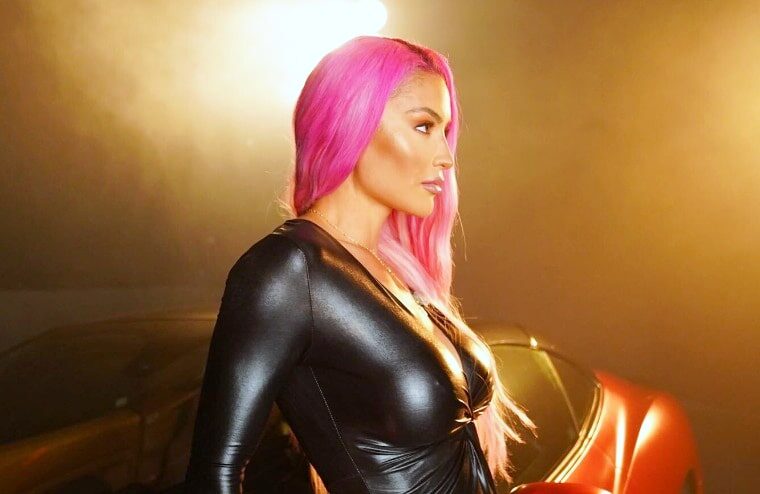 Eva Marie left WWE in 2017 following four years with the company but signed a new contract with WWE last year. Since that news broke, fans have been wondering when she will return to television with it understood she has been in training for her return. Now during this week’s Raw, a video aired asking, “Do I have your attention?” and “this is Eva-Lution.” which you can watch below.

Eva Marie’s return announcement didn’t get entirely positive feedback from fans on social media, as many were unhappy that they had brought her back when Chelsea Green, Mickie James, Peyton Royce, and Billie Kay had just been released. It should be noted though Marie had been listed internally on WWE’s roster for months, and the company was waiting for the right time to re-introduce her.

The former Toal Divas star initially joined WWE in 2013 after impressing during a casting call and signed a developmental contract. Due to getting a spot on the E! reality show, she was rushed to the main roster. She’d eventually disappear from television and extensively worked with Brian Kendrick to improve her in-ring ability. This lead to her debuting on NXT in 2015 and then returning to the main roster in 2016. She’d depart the company due to focusing on other projects, and competed on Celebrity Big Brother, became an ambassador for Monster Energy’s Reign brand, and launched a fashion range with Ryderwear in Australia.