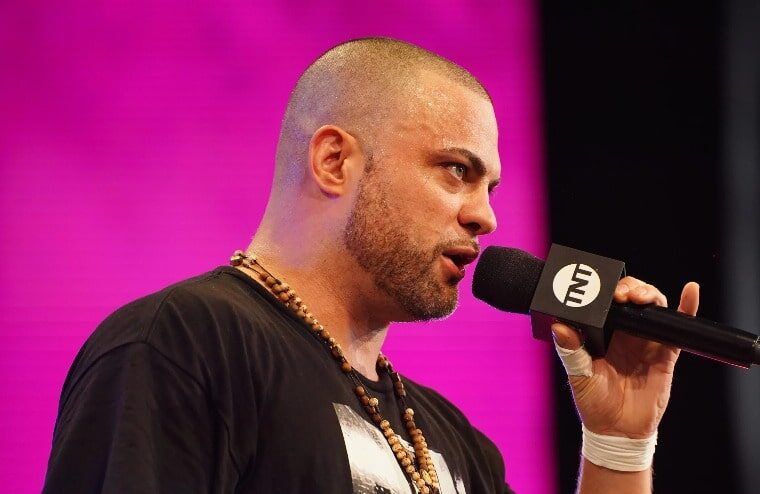 Eddie Kingston is currently experiencing a career-high, having wrestled CM Punk on pay-per-view and now working with Chris Jericho. Unfortunately, it has been reported by PWInsider that at this past weekend’s Dark tapings, Tony Khan announced to those in attendance that Kingston was injured. However, specific details were not provided, and it isn’t known how severe his injury is.

This is obviously bad news for both Kingston and AEW, yet it also comes as a blow to Game Changer Wrestling, who have their The WRLD on GCW show on the 23rd with Kingston penciled in to wrestle AJ Gray. That match is now off, although it is possible he could Kingston still attend to set up a future match.

Kingston has been busting his ass since 2002 to entertain fans, and over his career, he has experienced many ups and downs. Before making his AEW debut, he contemplated selling his boots. Still, thanks to fans clamoring for him to receive an opportunity with Khan’s promotion, he would get the chance to show the world what he could do and is one of the most over talents.