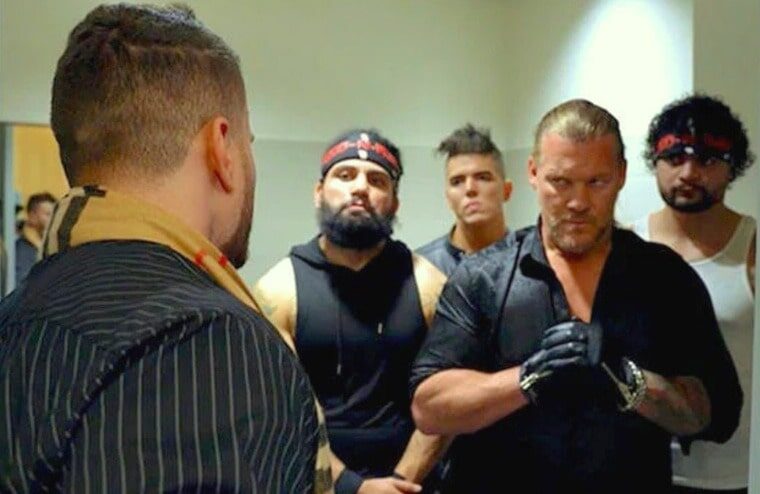 The Inner Circle have been absent from Dynamite selling the beating they received from The Pinnacle led by MJF. However, they dramatically returned this past Wednesday hiding in the restroom of The Pinnacle’s dressing room, and a backstage brawl would ensue, which saw The Inner Circle get their revenge.

While it was a great brawl and entertaining segment, it didn’t go perfectly, as Harwood was legitimately be busted open off-camera and was bleeding profusely. Following the match, the FTR star would require stitches, and AEW shared the gruesome video of him receiving them on Twitter. We won’t embed it in this article as it isn’t advertiser-friendly, but you watch it here.

Clearly, the feud between the Inner Circle and The Pinnacle is far from over, and many fans have speculated it will likely result in AEW’s version of the WarGames type match, set to be known as a Blood and Guts match. If that is the program’s direction, someone might need to watch out as they could be due a receipt.