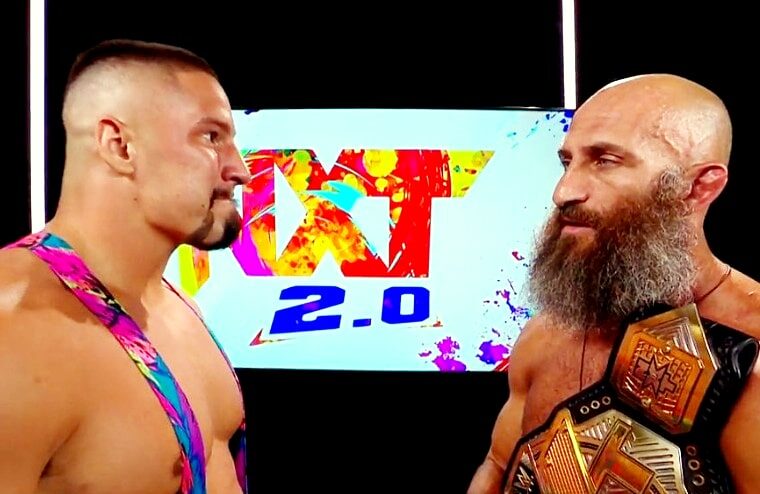 Bronson Rechsteiner made his debut during the first episode of the revamped NXT, and it was made clear the company sees him as a future star. Instead of the name Rex Steiner, which he had started using last week on social media, he would instead go by Bron Breakker. No mention of him being the son of Rick Steiner was made except for the comment that he was showing a “dog-faced gremlin mentality.“

The second-generation wrestler would open the show facing LA Knight and not only had a competitive match where he used many of his father’s signature moves but actually got the victory. He would later appear as the show closed, congratulating new NXT Champion Tommaso Ciampa, which led to a staredown between the pair. Following the episode, in what was referred to as a digital exclusive, WWE shared a video of him cutting a promo telling Ciampa that he respects him, but he’s got his eye on him now.

Breakker, as we need to get used to calling him, was previously with the NFL’s Baltimore Ravens as an undrafted rookie and signed with WWE after a successful tryout. Since then, he has been training at the Performance Center and made two cameo appearances on WWE television. The first was as a zombie during the lumberjack match between The Miz and Damian Priest at WrestleMania Backlash. The second was as a security guard trying to restrain Samoa Joe, who was going after Karrion Kross.