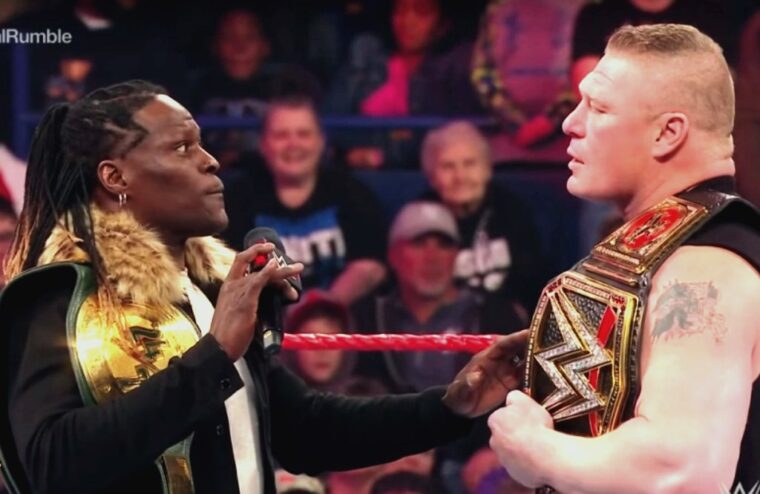 Brock Lesnar is no longer with WWE, but it turns out that when he was in the promotion, he wanted to work with R-Truth. R-Truth revealed this in a recent interview with talkSPORT. It all stemmed from the memorable segment back in January, when as a rib on Lesnar, WWE sent R-Truth out to interrupt a Heyman/Lesnar promo to see if Truth could make Lesnar laugh. While Heyman was in on it, Lesnar had no idea, and Truth successfully succeeds in getting Lesnar to break character. You can relive the segment below.

R-Truth stated the segment was one of his career highlights, and Lesnar approached him afterward, saying he wanted to work further with him.

The magic just went on man, it kept going on. And after that segment was over, we’re in the back, and Brock was still laughing. He said, 2Bro, we got to do something together. There’s something there. I don’t know what it is, but there’s something there.” And we left it there. I know that’s something we can always go back and pick up. But that is one of the highest moments in my career right there.R-Truth

Perhaps when WWE inevitable resumes contract talks with Lesnar, they can include an R-Truth feud in their negotiations.