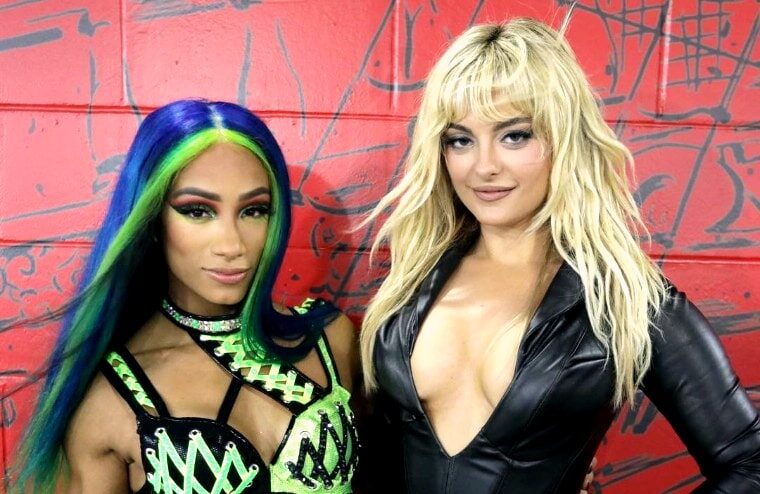 One of WrestleMania’s traditions is having the famously patriotic song “America the Beautiful” sang during the show’s opening. For night 1 of this year’s event, WWE brought in singer and songwriter Bebe Rexha. Most fans were delighted with her rendition, which also featured guitarist JinJoo Lee and it appears she had a great time performing.

Following the show, she took to social media and shared several photos and a video with her interacting with WWE stars. However, the video has broken kayfabe and shown WWE’s “DO NOT SLAP LEG WHEN KICKING” sign. She has since deleted the video from Twitter. Still, as of writing, it remains available on Instagram, and you can watch it below.

For those unaware, WWE previously sent a memo to talents banning the use of leg/thigh slaps due to an unnamed wrestler doing it openly on SmackDown and angering Vince McMahon. Signs would also be placed around the ThunderDome and in the Gorilla position, although some fans questioned this due to certain wrestlers continuing to use the technique. This video should now silence the doubters.

Thigh slaps in wrestling have been a controversial subject over the last few years due to excessive use. Current AEW announcer Jim Ross previously stated that he finds them passe and embarrassing on his Grilling JR podcast. Similarly, Randy Orton has mocked NXT wrestlers for overusing the technique on Twitter, despite doing it himself when punting someone.