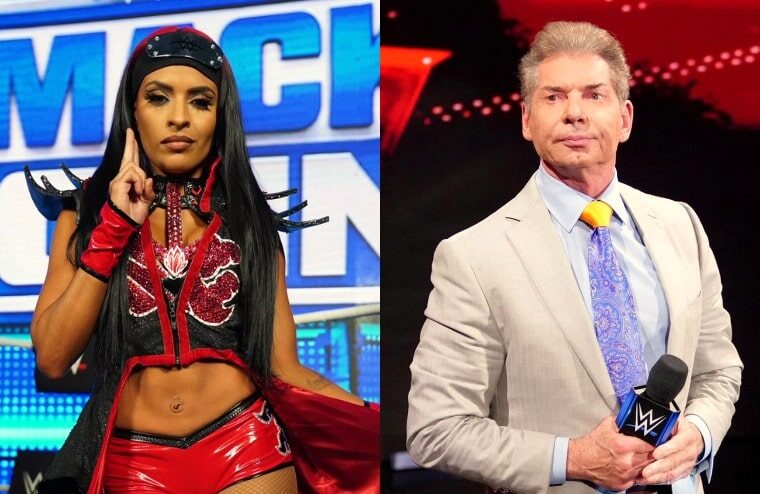 An episode of SmackDown this past September paid tribute to those who lost their lives on 9/11, which took place twenty years ago. This was a very special event for Zelina Vega as her father, Michael, was one of those who died due to working in the North Tower. Before the event, she would deem the show “one of the most important days of my career,” not only because of the anniversary, but also the event being held at MSG where her father would take her to watch shows as a child. Sadly for Vega, SmackDown would run long, and WWE decided to cut her match, resulting in fans across social media expressing their displeasure with the company.

At the time, Vega didn’t comment, although she did go on to tweet out a photo of her specially made ring gear with the caption “nevermind.” Now though, she has publicly spoken about that night and revealed in an interview that Vince McMahon phoned her to apologize, which will likely come as a surprise to many.

A lot of people were really upset, but I felt like a lot of the anger was misguided, I was disappointed, but I also knew it wasn’t a personal thing. If you knew, and obviously a lot of the fans don’t know that the show goes in an order, the way that it went timewise, it got too close and they had to cut it.

When it got cut, Vince called me and apologized because he wanted to make sure that I knew “listen, this wasn’t done to you personally or anything, it was literally just the time, I had to make that call and I’m so sorry.” And people don’t know that side either.

Vega is currently in her second spell with WWE after previously being fired for breaking their rules regarding making third-party deals. Due to her father, her dream had always been to wrestle for McMahon’s promotion, and except for when she was signed with TNA, she tried out for the company every year after becoming a wrestler in 2010. She eventually got her opportunity to wrestle in a WWE ring in 2016, facing then NXT Women’s Champion Asuka on a 2016 episode of NXT. Nine months later, she was offered a WWE contract and took on the name Zelina Vega.