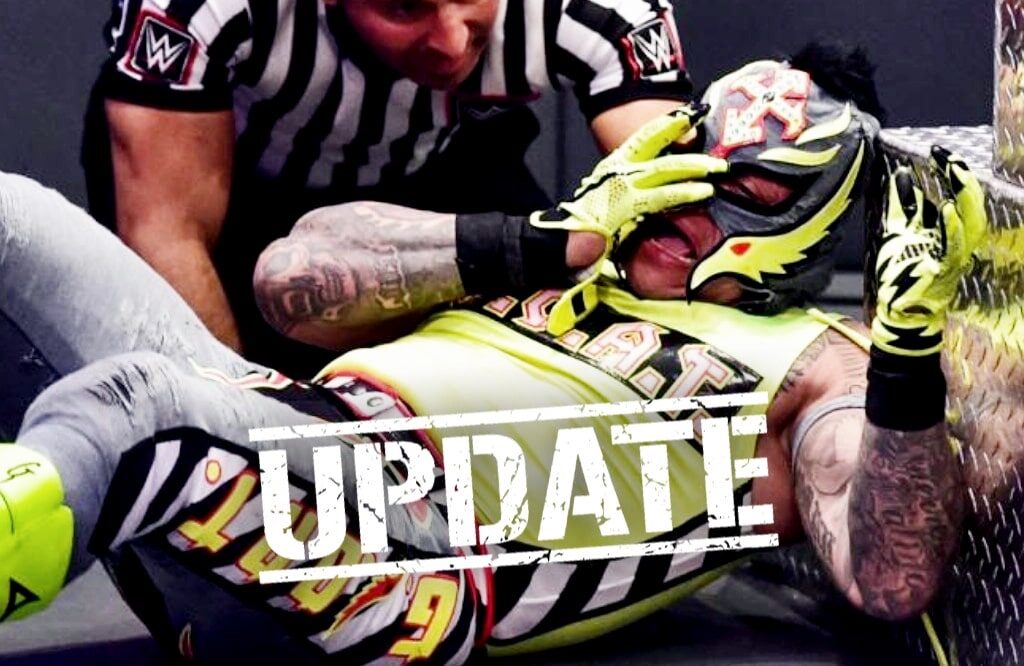 Rey Mysterio suffered a kayfabe eye injury at The Horror Show at Extreme Rules when Seth Rollins drove his eye into the corner of the steel steps. WWE shared an initial update on WWE.com and their social media, saying there was a chance Mysterio would be able to keep his full eyesight. The reason for not confirming one way or another was because Mysterio is currently working without a contract, and if he does not re-sign, they can use this as an excuse for writing him off their television.

Yesterday WWE issued a second update, which you can read below. It is much more optimistic in tone, seemingly indicating WWE is expecting Mysterio to return eventually.

WWE Digital has learned that Rey Mysterio’s vision is improving slowly each day, and that his optic nerve is intact, completely secured and back in its socket. A timeline for Mysterio’s return to the ring is unknown at this time.WWE.com

At present, Mysterio’s handshake deal is at the same rate he was earning on his last contract. Currently, negotiations between Mysterio and WWE are on-going, and it’s understood Mysterio and Vince McMahon had a meeting last week to discuss terms. The stumbling block appears to be pay, as WWE does not want to meet his pay increase demands due to them being in cost-cutting mode, but given the update perhaps they are getting closer to a number.