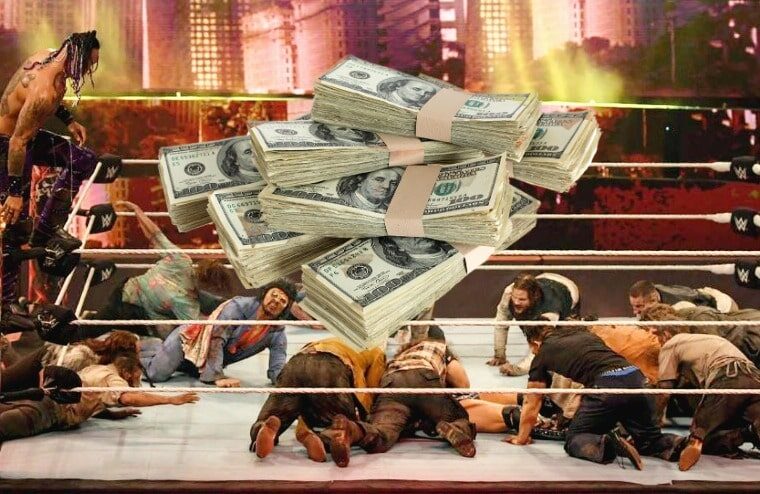 At last Sunday’s WrestleMania Backlash pay-per-view, WWE used several developmental wrestlers as lumberjack zombies for The Miz vs. Damian Prist match. It was done to promote Netflix’s just-released Army of the Dead movie starring former WWE Champion Batista and resulted in much mocking by wrestling fans across social media. While it’s unlikely, WWE was happy with how fans reacted, what will comfort everyone involved is the reported $1 million-plus deal that Nick Khan, the man behind WWE’s agreement to move the WWE Network to Peacock, managed to negotiate.

Netflix has worked with WWE previously with both The Big Show Show and the movie The Main Event, which featured multiple WWE wrestlers, including Keith Lee, The Miz, Sheamus, and Kofi Kingston. Additionally, they are currently working on a docuseries on Vince McMahon. Not much is known about the series other than it is being produced by Chris Smith, who directed Fyre: The Greatest Party That Never Happened, which was about the ill-fated Fyre Festival of 2017. Also on board is Bill Simmons, who is behind ESPN’s 30 For 30, the acclaimed André the Giant documentary for HBO.

Thankfully, the match itself was only seven minutes in length, and while it is destined for a future WrestleCrap induction, most fans who still follow WWE will likely forget the match before long. Though what will be a constant reminder of the match will be The Miz’s absence from television, as during the match, he tore his ACL when Priest landed on him. It isn’t known yet how long The Miz will be out for, but if it was a complete ACL tear and requires surgery, he’ll be out for a minimum of six months. WWE explained The Miz’s absence from Raw by saying he had been eaten by The Zombies after the match the following night, adding insult to injury.

This wasn’t the first time WWE has used zombies on their shows. During WWE’s version of ECW on Sci-Fi, they would have independent wrestler Tim Arson dress as a zombie, making fun of the content that typically aired on the network. Plus, at last year’s Halloween Havoc NXT special, various zombies would be involved in a Haunted House of Terror cinematic match between Dexter Lumis and Cameron Grimes.