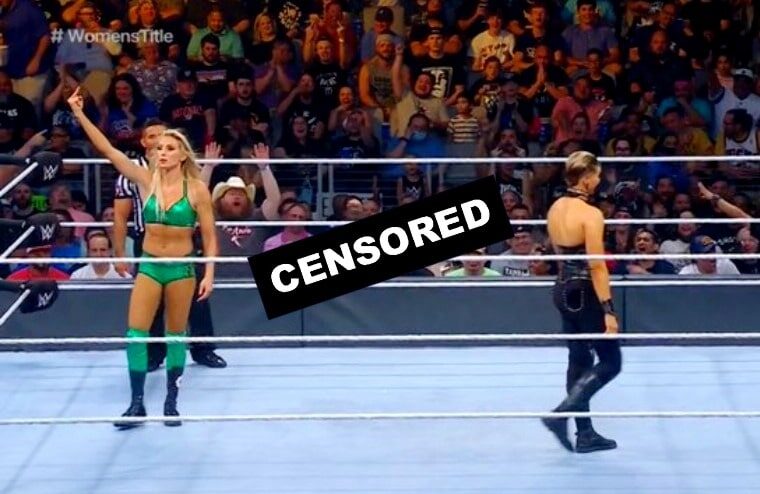 WWE is now back in front of fans, and unlike in the ThunderDome can no longer control reactions. This was evident on last night’s Money In The Match pay-per-view during the match between Charlotte Flair and Rhea Ripley. Fans would disrespect the women in the ring by chanting “we want Becky,” with it known Becky Lynch was in attendance at the Dickies Arena in Fort Worth, Texas. This prompted an annoyed Charlotte to flip off fans, and WWE would try to censor this by turning the screen black. However, it was ineffective, and her hand gesture was clearly viewable, as you can see below.

Charlotte would beat Rhea Ripley to win the Raw Women’s Championship after putting Ripley’s legs between the post and steel steps and kicking the steps repeatedly. This led to Flair putting her weakened opponent in the Figure Eight Leglock and Ripley tapping out. This victory now makes Charlotte a five-time Raw women’s champion and 14-time women’s champion overall.