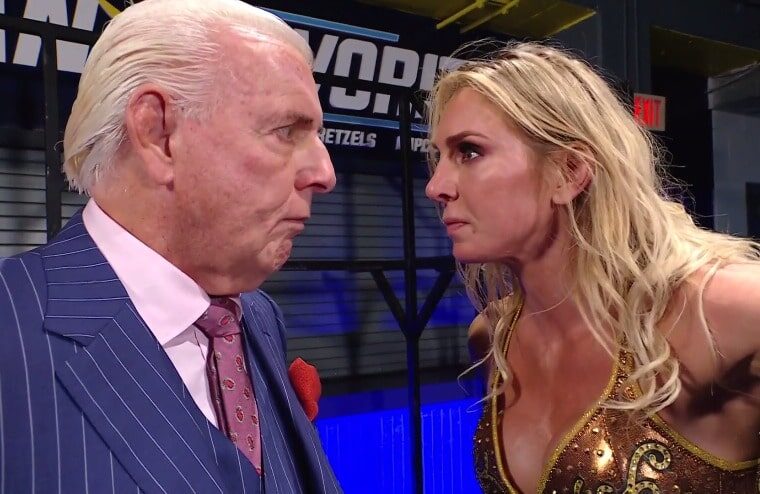 Lacey Evans was involved in an angle where she was in a relationship with Ric Flair and feuding with his daughter Charlotte. However, on last week’s Raw episode, Evans would leave the ring mid-match, pick up a mic, and announced she was pregnant. This was followed by Ric celebrating in typical Flair style and saying, “call me daddy.” It appeared this was WWE just progressing the storyline in typical soap opera style, but it was confirmed that Evans is legitimately pregnant after the show.

While WWE could have progressed the storyline with Evans being pregnant and played along with Ric being the father, it now appears the angle has been scrapped. Charlotte told Ric to go home during a backstage segment between the father and daughter and stop stealing the spotlight from her. Ric would confirm he wasn’t the baby’s father, and he saw potential in Evans and wanted to expand the Flair brand. The passionate segment came across as WWE writing Ric off television for the time being.

Earlier in the show, Charlotte and Asuka lost to Shayna Baszler and Nia Jax, and WWE teased an issue between Charlotte and Asuka. It now seems likely the pair will end up wrestling at WrestleMania 37 for the Raw Women’s Championship.