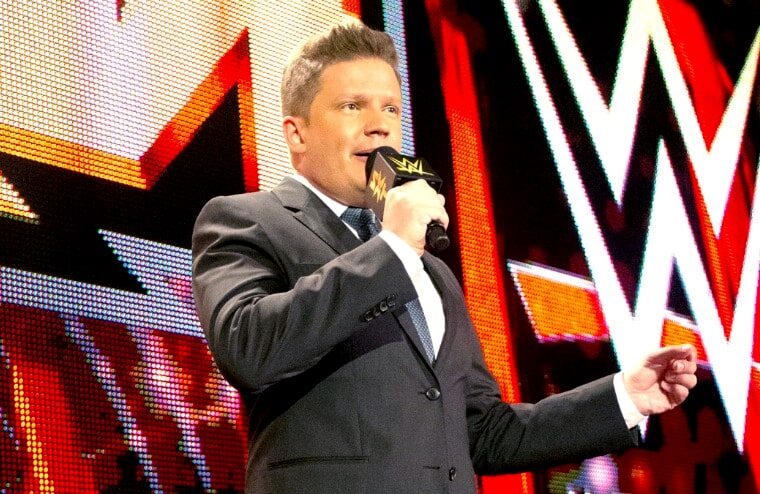 During Friday night SmackDown, WWE ring announcer Greg Hamilton’s hand was visibly shaking while introducing the SmackDown gauntlet match. Fans would draw attention to this on social media, and Hamilton would take the time to address these concerns on Twitter. In doing so, he revealed that his girlfriend Ari is sick, and he was distressed because he was not with her. 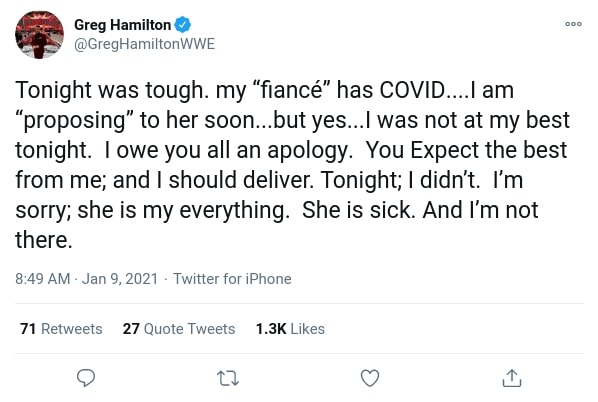 After getting home, Hamilton would again take to Twitter, confirming his girlfriend is resting and grateful for all the support received. Hopefully, Ari can make a full recovery, and she agrees to be Hamilton’s fiancée in the near future.