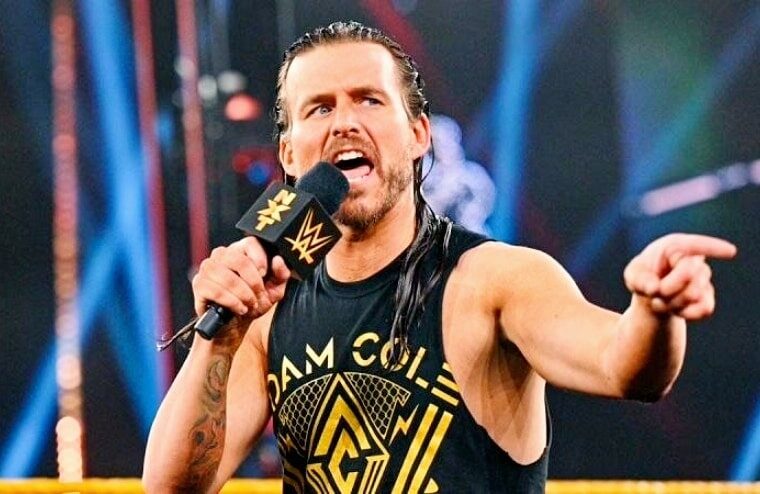 Over the past few weeks, there has been what feels like endless speculation about Adam Cole due to his WWE contract expiring. He signed an extension to conclude his program with Kyle O’Reilly and personally met with Vince McMahon before a live SmackDown to discuss his future. It had appeared he’d re-signed after WWE promoted Cole for a virtual streaming event for Mattel. However, it has now been reported that WWE issued an internal memo this morning announcing to employees that Cole was no longer with the company.

This would have been done to ensure everyone knows not to promote or produce new merchandise or book him for any appearances. It should be noted that this doesn’t mean Cole couldn’t re-sign with WWE down the line, but right now, he is free to negotiate with any other wrestling promotion. With AEW in acquisition mode, it is strongly believed Tony Khan will make Cole an offer if he hasn’t already done so. With his girlfriend Britt Baker a star for the promotion and many of his friends, it would appear the probable destination for the former NXT Champion.

Cole has been wrestling for 13 years after starting out training at CZW’s Academy in 2008. He would go on to work for Ring of Honor, Pro Wrestling Guerrilla, and New Japan over the years and debuted on NXT at their TakeOver: Brooklyn III event in 2017. Since then, he had been a prominent part of the NXT brand, and many within the company had hoped to see him on the main roster, that though now appears doubtful.