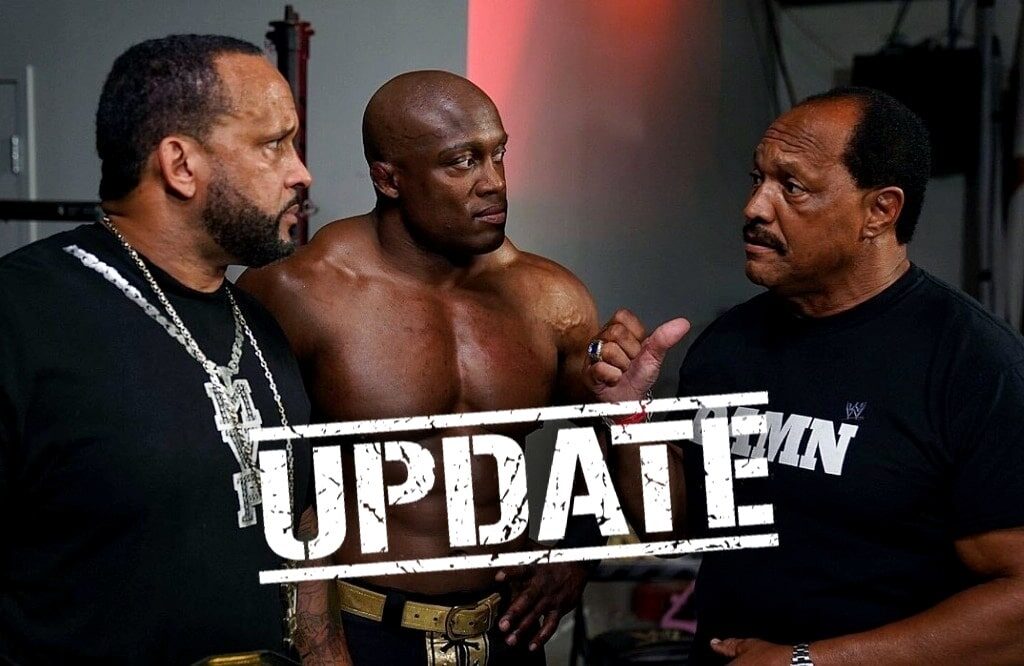 Two weeks ago, we reported on WWE wanting to bring back 90’s faction the Nation of Domination. WWE went so far as to bring both Ron Simmons and Mark Henry to the tapings to kick off the angle with MVP, Bobby Lashley, and Shelton Benjamin, but didn’t pull the trigger. Now it seems the idea has been scrapped according to MVP during on Say Less with Kaz and Lowkey.

No, no, short answer is no, because I’ve been hearing the chatter and I’ve been seeing that, and I don’t wanna do the new anything. The Nation was done; it was awesome in the time that it was done. It was needed, stars were made.

I don’t wanna rehash something else, I wanna bring something new, and I don’t necessarily, in our approach to The Hurt Business, me and Bobby, as you know, we are legitimate friends away from wrestling. We boys. Shelton is one of my closest friends. I just like making money with my friends, you know what I’m saying?

I have no interest in rehashing the Nation of Domination, and while I do wanna present myself and Bobby and Shelton as strong black role models, successful, we’re businessmen.

MVP wasn’t the only individual who didn’t want a rebooted Nation of Domination to proceed. It’s been reported that many people backstage expressed the view that with what is happening in the world, establishing a group based on race would be contentious and tone-deaf. Thankfully, this time Vince McMahon acknowledged this.