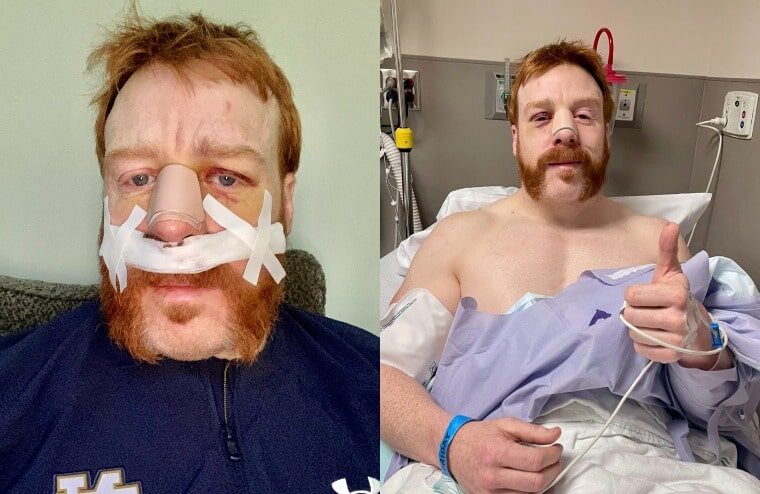 On Monday’s night episode of Raw, US Champion Sheamus wrestled two matches. The first was a non-title match against Ricochet, who won in just over a minute following Humberto Carrillo’s entrance distracting The Celtic Warrior. This led to Carrillo and Sheamus wrestling, and during this match, the Irishman was struck on the nose by Carrillo’s forearm. It was clear Sheamus was hurt due to the amount of blood coming from his nose, but he still finished the match, again putting over his opponent via rollup.

Sheamus has since shared the above two photos on Twitter showing he has undergone surgery to repair his nose. At this time, it isn’t known how long Sheamus will be out of action, but the standard recovery time is 1-2 months. If this is the case for Sheamus, it will allow him time to return for SummerSlam in Vegas on August 21. As he is currently United States Champion, WWE will now need to decide whether to take the title off him. He has previously stated he has no plans to vacate, but ultimately that won’t be his decision.