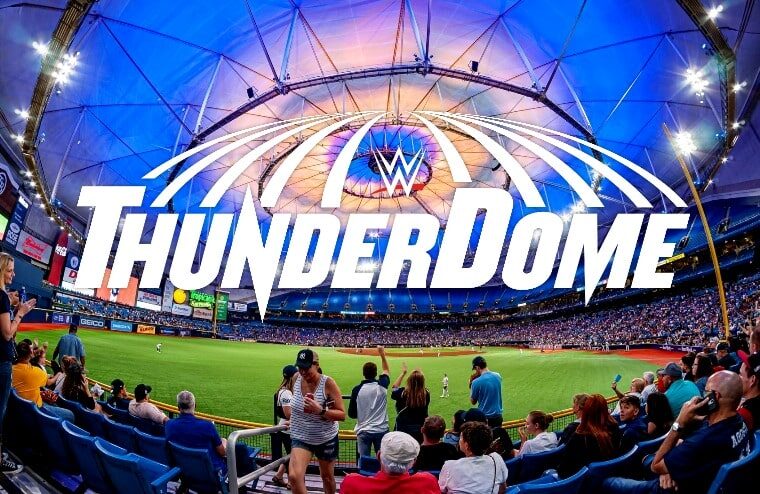 WWE has to leave the Amway Center soon because the Orlando Magic needs the venue to begin their pre-season. The company has been looking into various locations over the previous few weeks, and earlier today, they issued a press release confirming they are moving to Tropicana Field, a domed stadium in St. Petersburg, Florida.

The venue, nicknamed “The Trop,” is the home of the Tampa Bay Rays MLB team first opened in 1990, and can hold up to 42,735 fans. For the time being, the TunderDome will remain a closed set with only essential personnel in attendance. However, it is believed WWE is hoping to have fans in attendance for the Royal Rumble in January.

WWE’s first event at Tropicana Field will be the Friday, December 11 episode of SmackDown. No details on how long WWE has rented the stadium have yet been confirmed. However, the Tampa Bay Rays have an exhibition game scheduled for March 30, 2021, ahead of the new Major League Baseball season, so WWE will need to leave by then.