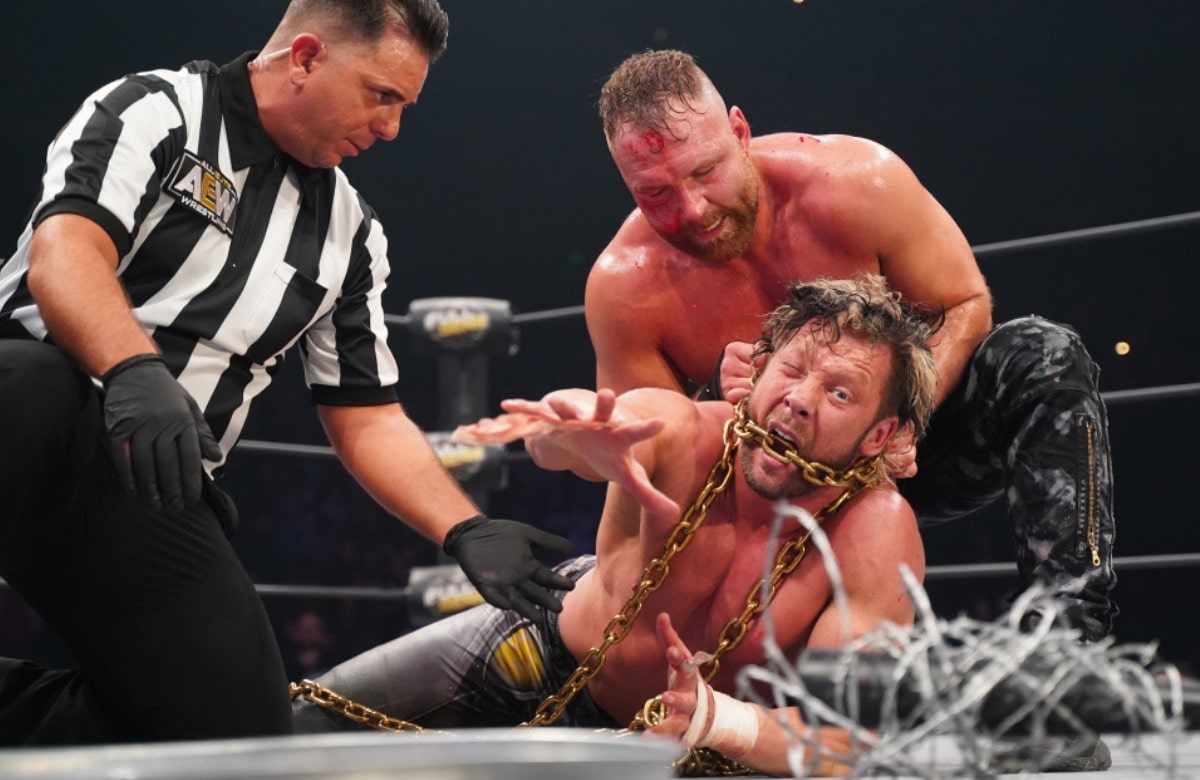 At AEW’s Full Gear PPV from the Royal Farms Arena in Baltimore, Jon Moxley defeated Kenny Omega in what was billed as an Unsanctioned Lights Out Match. It was a weapon filled hardcore match featuring strangulation with a chain, broken glass and barbed wire.

Omega would reveal in a subsequent interview that the barbwire was legit because when the barbs are cut or shaved down they are more likely to leave scars when they do cut. The glass though did appear to be gimmicked.

Now it seems that the Maryland State Athletic Commission is conducting a formal investigation. Specifically, the issues are the strangulation and because they prohibit wrestlers bleeding intentionally, or even unintentionally. No more is known because the commission won’t comment on an ongoing case.

AEW’s Tony Khan recently spoke about the match on the WINCLY podcast and said:

“We would never do anything like this on TV. Our friends at TNT know what we’re trying to do in putting hardcore matches in the main events of PPVs. There’s gonna be two wrestlers that wanna settle it so we’re not gonna sanction it. We’re gonna turn the lights off and turn a blind eye to it and not be liable for what occurs in the ring. I think it’s a very logical thing and I’m not surprised that people are shocked. I think most people did love it. It got a huge amount of interest and it did exactly what we wanted it to do which was start a conversation. To me, I absolutely loved it.”