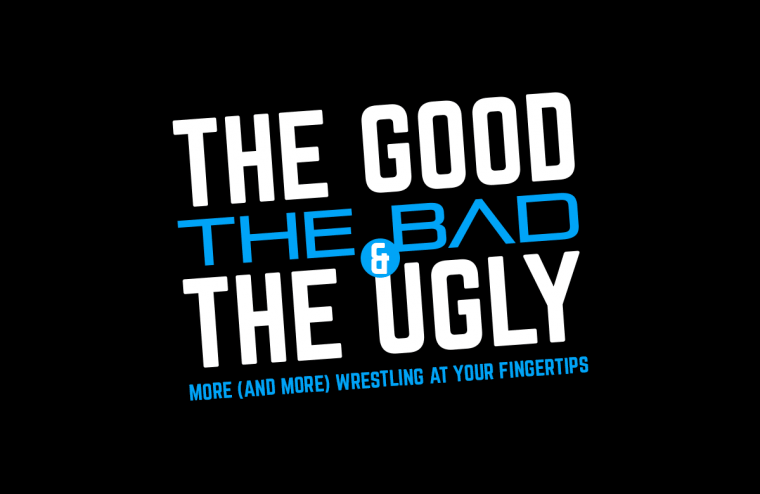 I’m very tempted to start this column with a “back in my day” line about how wrestling was consumed in the mid-80’s.  Pre-web, Pre-cable, I waited all week for three hours of WWF programming and an hour of AWA, mostly featuring squash matches and interviews for shows I was too young to go attend.  If I got creative and played with the UHF channels, I might be able to get an hour of Championship Wrestling from Florida or World Wrestling Council.  That was it.  Any other exposure to wrestling came from the Pro Wrestling Illustrated family of magazines (affectionately called the “Apter Mags” due to editor Bill Apter). I longed for the day when I could see these promotions and performers I was only able to read about.

Then cable came to Staten Island, and I was off and running.  Madison Square Garden house shows (actual main event matches on TV!), World Championship Wrestling on TBS, AWA and World Class (and later Global) on ESPN, Lucha Libre on Galavision.  In addition, WWF and WCW started airing PPV events, giving me a chance to see even more wrestling from the comfort of my home.  It couldn’t get any better, could it?

Yes, it could.  Thanks to the magic of video cassette. Up until the 90’s, the only wrestling videos I knew of were the WWF Coliseum Home Video and various other commercially released tapes that were available to rent at my local store.  A wrestling convention I attended just to meet Paul Orndorff and Cowboy Bob Orton (oh, and there was some new guy there named Cactus Jack), opened my eyes to a whole world of tape traders that would trade (or sell) tapes of matches dating back to the invention of the VCR.  Not to mention opening up the world of Japanese wrestling to me.  I soon had two VCRs hooked up to a TV and was working at building my own collection, which I later converted to DVD (most of which currently collects dust in my garage).

Anyway, I digress. The point of my previous rambling is that access to wrestling went from being a quest to find what little there was available, to an expensive and time-consuming hobby. For the younger readers of this column, let me throw out another old man quote and state “You have no idea how good you have it now.”

This past Saturday, after the passing of the great Harley Race, I felt nostalgic to watch some of his matches.  Thanks to YouTube and WWE Network, I had a plethora of matches at my fingertips within seconds.  I could watch the famed first Starrcade with Race vs. Ric Flair, or I could dive into Race vs. a young David Von Erich in Central States.  Race & Stan Hansen vs. The Road Warriors from Florida?  No problem.  Race vs. Hulk Hogan during Harley’s final main event run in WWF? Coming right up. Fans today have a massive library of wrestling, from all eras, all promotions, all geographic regions, right at their fingertips.

Personally, I think it is awesome.  I only have slight bitterness over the fact my massive DVD collection isn’t going to impress anyone, since they can now access more content on their phone, and not even have to dig through boxes to find it. That said, I can see some positives and negatives to all this easy access to wrestling content… or more accurately, I can see the Good, the Bad, and the Ugly about it.

Good – More access. As a fan, we now have thousands upon thousands of hours of wrestling content at our fingertips.  Want to binge on a specific company, wrestler or era? Have at it.  That show that took place in Japan this morning?  You can see it right now.  Shoot interviews?  Tons of those to fill up your day (just make sure you don’t lose your job because you spent three hours catching up on the Vince Russo-Jim Cornette saga). The best part? A lot of this content is available for free, or at a pretty reasonable price (especially compared to the days of paying for tapes and PPV events individually).

Bad – Too much.I’m sure some will disagree with me about this being a problem but follow my train of thought here.  If you are a diehard fan, and you watch Raw, Smackdown, NXT and 205 Live every week, you’ve already devoted a large portion of free time to viewing wrestling.  AEW will debut soon, and how about Impact, Ring Of Honor and New Japan? Not to mention all the other international and independent companies putting out content regularly.  To keep up with that, and dive into the rich history available? Not enough hours in a week, which means you might be missing out on stuff you would have enjoyed otherwise.

Ugly – Not all of it is what I would call “quality programming.”  Bad matches happen.  Bad shows happen.  I’m not even talking about “so bad it is good” shows, where you can at least get some entertainment value out of watching the trainwreck unfold (the infamous “Heroes Of Wrestling” PPV comes to mind). I’m just talking about shows that after you watch them, you feel cheated that you spent time watching it that you could have spent doing something else (or watching good matches).

Good – Exposes talent quickly to a wider audience.  For the independent performer, being able to showcase your best work online has to be seen as a huge positive.  Word-of-mouth buzz on a wrestler can quickly be backed up with actual matches.  No matter where they are working, they can get their bouts in front of the eyes of decision makers faster than ever.  It can allow workers more opportunities to ply their trade, make a living (or at least get more bookings), and expand their career.

Bad – Some talent is “exposed” in a different way.Once upon a time, a wrestler could develop their style, moves, etc. at a show, and if things didn’t work out well, they could just move on, knowing only the live audience saw what went wrong.  Now, we have whole media channels devoted to showing in-ring disasters and embarrassing moments.  Every tiny indy show seems to end up online, and the last thing a wrestler wants to be known for is the time they tried a move and spectacularly landed flat on their face. Going viral is not always a good thing.

Ugly – Some talent should not be exposed (or seen) at all.  In a future column, I will be looking at the idea of an “independent wrestler” in 2019, so I will keep this short.  Professional wrestlers are trained athletes.  However, you don’t have to look far to find videos of untrained non-athletes living out their video game fantasy in a ring and calling it “professional wrestling” when they post it on YouTube.  Honestly, it is a disservice to the true professionals, and it doesn’t do much to help the image of an industry that still has issues getting respect at times.

Good – Fans get their wrestling and keep their money. This cannot be understated.  Back in the late 90’s, it was not unusual to spend $100 a month for PPV events from WCW, WWF and ECW, then $20 on a videotape, or money on blank tapes so you could do trades, etc.  Now, some will argue that iPPV’s are overpriced, and there are still plenty of places to spend your wrestling dollars, but YouTube is free, and WWE Network is pretty reasonable given the amount of content given. Not a bad deal.

Bad – Some eras risk getting forgotten.Unfortunately, not everything from the past several decades has been filmed.  A lot of footage from the 50’s and 60’s was lost forever, as there was no reason to believe there would be a market for it to be reused.  In the 70’s and 80’s, a lot of promotions reused their tapes (due to the expense), erasing the older shows. Ownership issues over some tape libraries have resulted in very little footage being available, aside from worn-out bootlegs.  Terry Funk once noted that he could name a few dozen wrestlers that performed in Amarillo that were amazing talents, but no one would know who they are, because there is no footage of their great matches.

Ugly – Some of the magic is gone.The opposite of not being able to see footage of famous matches… is seeing them and realizing they don’t live up to what you imagined they would be. I’ll give a personal example of this.  Growing up, I read about the famed “Last Battle Of Atlanta” steel cage match between Tommy Rich and Buzz Sawyer that took place in the Georgia territory.  It was always mentioned on lists of the greatest steel cage matches ever, and it was written in the Apter Mags how neither man was ever the same after this grueling match.  It was believed that no footage of the match existed… but then it was revealed that WWE Network had it.  This would have been a Holy Grail in the tape trading days.  I sat down to watch the match…. It was good.  That’s it, good.  Not amazing, not life changing, and honestly, I wouldn’t even put it in the top five cage matches of the 80’s.  In fact, I was more perplexed how, after this heavily hyped final confrontation between Rich and Sawyer, the spotlight was put solely on Ole Anderson’s “match” with Paul Ellering (but when you’re in charge, you can make those things happen). My point is, sometimes the memory (even if you don’t have an actual memory of it) is better than seeing it for real.

Until next week, I invite you to check out all the other offerings here at WebIsJericho.com