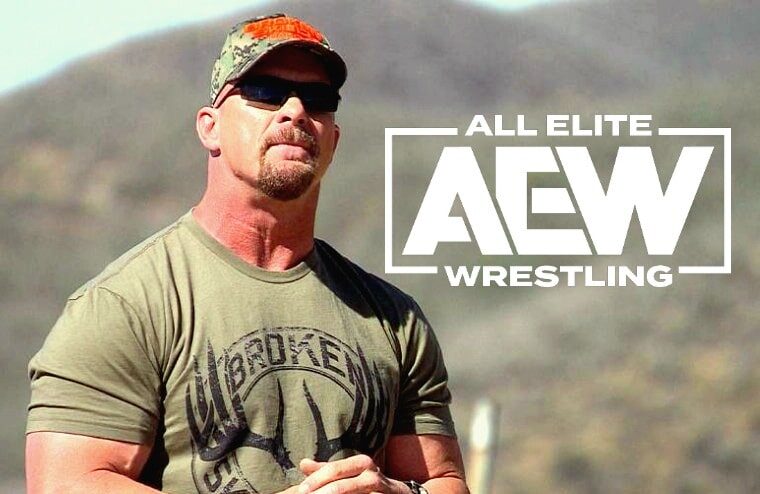 WWE put NXT live on the USA Network opposite Dynamite in an attempt to stop AEW from becoming a success. Ultimately it failed as TNT renewed Tony Khan’s promotion and gave them a second show which is set to debut later this year. With AEW here to stay, NXT is moving to Tuesday nights ending the Wednesday Might Wars. Now speaking to WrestlingINC, “Stone Cold” Steve Austin, the man responsible for turning the Monday Night Wars in WWE’s favor in the 90s, has talked about why AEW is a good thing for fans, wrestlers, and even WWE.

Man, I love it, I think it’s competition by proxy just because they’re wrestling, WWE’s wrestling, but I don’t think they’re directly trying to compete. But in essence, they are, and I love it because it gives more people within any of this jobs. It gives more people a chance to work. And it makes WWE, you know, forces them to push the envelope rather than just sit back and push out content. Competition makes everybody better.

The product is better because you’re forced. “What are these cats doing over here? This friggin’ stuff, we gotta up it a little bit.” There’s checks and balances. I remember when we put WCW out of business, I remember going up to Vince and saying, “Was it our mission to put them out of business?” They kicked our @ss for two years, you know, but I didn’t know that was the mission. We just wanted to win the ratings war. Of course, he ends up buying them for pennies on the dollar, that’s the genius of Vince McMahon. But to answer your question, yes, AEW is a good thing. It’s a good thing for everybody, including WWE. Steve Austin

This is an excellent take by Austin, and both WWE and AEW doing well is what is best for fans, wrestlers, and television networks. While WWE has had a near-monopoly on the wrestling industry for the past twenty years, AEW means Vince McMahon can’t rest on his laurels anymore.