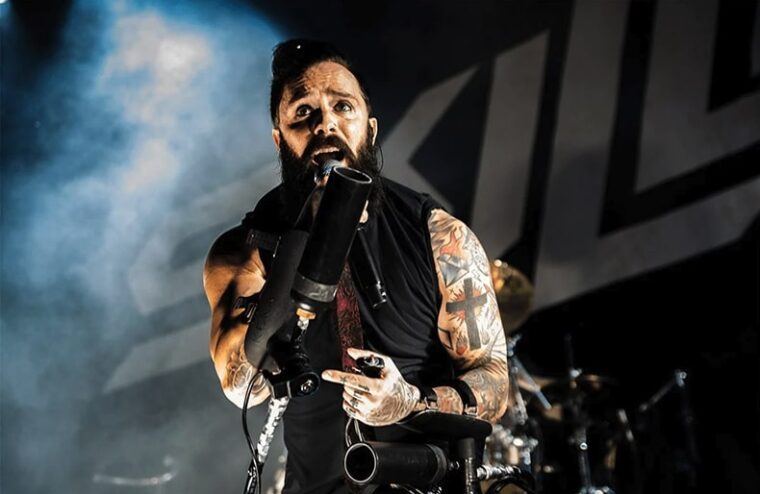 Skillet’s 11th studio album “Dominion” was released today (Jan. 14) on Atlantic Records. In a chat with Loudwire Nights, singer John Cooper talked about the band’s new track, “Valley of Death,” which questions life’s uncertainties. Cooper then responded to why he thought God allowed the pandemic to happen. “Well, the first answer is that we’re not good people,” he said. “We’re all fallen and we are all in desperate need of salvation through Jesus. So, we’re not actually good people, we all do bad stuff. We all cheat, we’ve all lied, we’re all greedy and as much as the most loving person in the whole world that you’ll ever find, that person is actually still very far off from what mankind was supposed to be, and certainly far off from who God is and the way that God truly loves in a perfect way.”

The singer continued: “… Most people would agree that when you go through trials in life, whatever they may be, there is this idea that in the end, if you make good decisions, if you follow it through, if you change your mind and struggle through it, you come out on the back side stronger than when you started,” he continued. “I think religious people and non-religious people seem to agree on this idea that being through the fire, that sort of refines the gold if you will, that’s what makes you stronger.”

Late last year, Skillet released a video for the song, “Surviving The Game.” Cooper described the song as “a defiant song about not giving in to the fear that the world is and has been experiencing. This song brings a feeling of survival; you have to do what you need to do in order to get your life back; a defiance against fear and the things that want to hold you down. For so many, that’s depression, isolation, loneliness, suicidal thoughts, etc. This song is about becoming the person you are meant be and coming out on the other side of all the madness.”