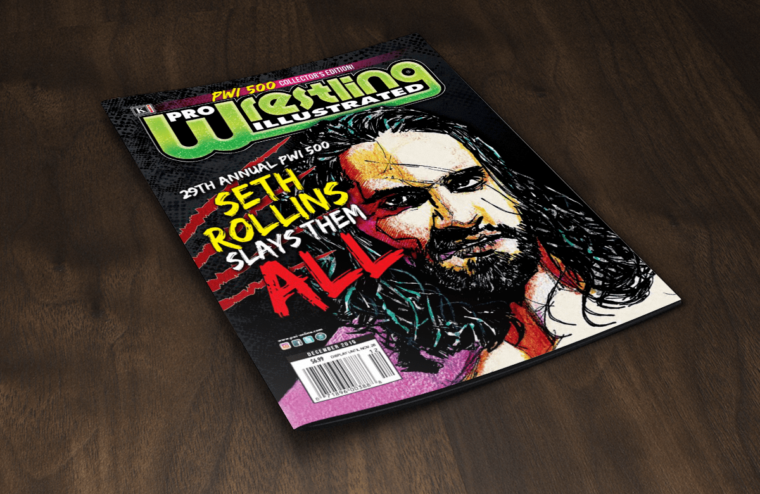 It’s commendable that a kayfabe pro wrestling magazine like Pro Wrestling Illustrated still exists in 2019. A big part of why it does is because of their annual PWI 500 list, now in its 29th year.

Today PWI tweeted out that their much anticipated 2019 edition was available, and Seth Rollins was #1 for the second time.

No. 1 in the 29th annual @OfficialPWI #PWI500 is WWE Universal champ @WWERollins! Download the issue right now or pre-order the print edition at https://t.co/ylNeV87zar! pic.twitter.com/m238dDD5br

It’s been a fantastic month for Rollins, he has beaten Brock Lesnar clean to win the Universal Championship, become a RAW Tag Team Champion, become UpUpDwnDwn Champ, got engaged and now is #1 in the PWI 500. Rollins told PWI:

“As difficult as it can be, this is all I ever wanted — to be in this position, to be having this conversation with you — talking about being the absolute best wrestler on the entire planet. I don’t think there is a single part of me that would trade any second of it.”

It’s important to stress the list is kayfabe and runs from July 31, 2018, to June 30, 2019. They base the list off a wrestler’s win-loss record, championships won, quality of competition, major feuds, prominence within a wrestler’s individual promotion(s) and overall wrestling ability.

Activity is also a factor and the reason why Brock Lesnar, John Cena, and our own Chris Jericho weren’t eligible. To qualify a wrestler must wrestle 20 matches during the evaluation period or wrestle in 7 different months, meaning all 3 just missed out.

Of course with Chris Jericho about to wrestle for the AEW Champiompsionship and regularly feature on AEW’s new show on TNT, we can expect him to be highly ranked next year.