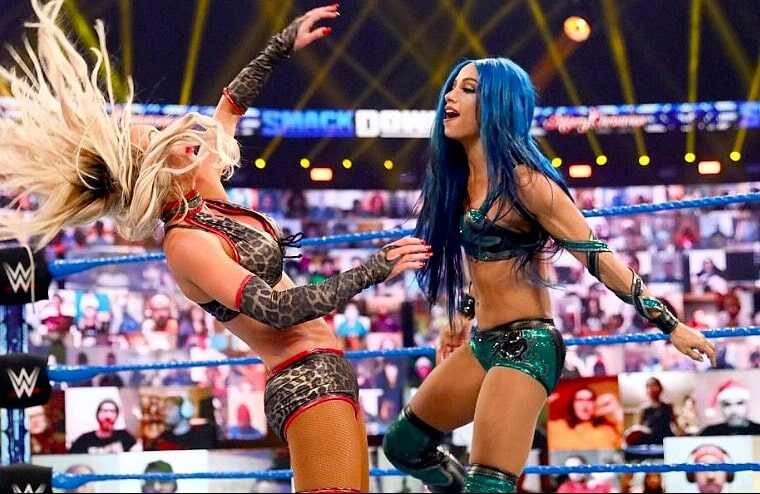 During the latest edition of Broken Skull Sessions on the WWE Network, Sasha Banks joined Steve Austin to discuss her WWE career. During the fascinating interview, she discussed suffering from depression and how it resulted in her asking for her WWE release. However, Vince McMahon would deny this request, and instead, she took an extended break from the company following WrestleMania 35, where she pondered her future.

I couldn’t even look at myself. I didn’t even know who the hell I was. How I was going into work, how angry I was going in, how sad I was. I was not the person that I dreamt to be.

It hit the fan, and I wanted to make sure that I didn’t lose myself. So I said, “You know what? I got to take a step away and find myself again, and I gotta be brave about that.” And that was probably one of the hardest things I had to do, ask to leave the WWE.

Banks returned to WWE during the August 12 episode of Raw and turned heel by attacking Natalya and then Becky Lynch, who tried to make the save. Since then, she’s been pushed as one of WWE’s top stars and is the current SmackDown Women’s Champion.

She did take some additional time away from WWE at the start of 2020. While it was initially thought she might be injured, it turned out she was filming for the Dinsey+ series The Mandalorian. It was a massive break for Banks, as the show has been an enormous success for the new streaming service and has potentially opened many opportunities for her. An acting career could now be a realistic option for her if she decides to take an extended break from the world of pro wrestling in the future.