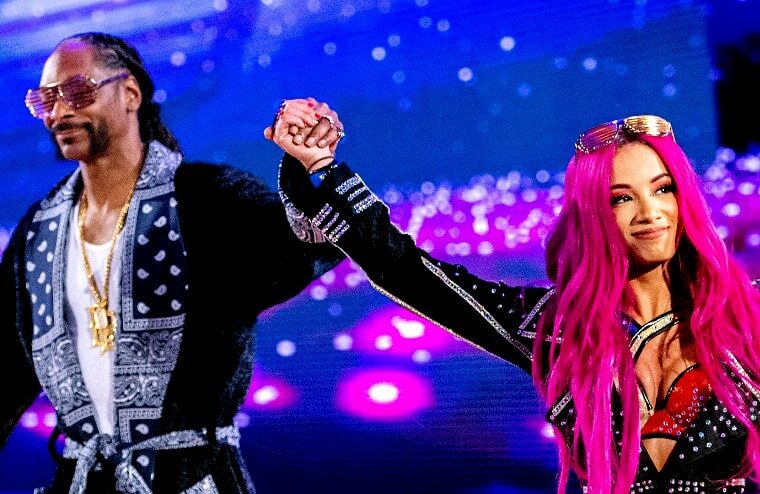 WWE Hall of Famer, Snoop Dogg, appeared on Dynamite yesterday to promote the Go-Big Show that he and Cody Rhodes appear as judges on. The famous rapper would feature in a backstage segment with Private Party and Matt Hardy, and later accompany Cody for his match with Matt Sydal. Following Cody’s win, Luther and Serpentico hit the ring and attacked Cody. Sydal made the save, and Snoop climbed the ropes and hit Serpentico with what was described on commentary as a “Snoop Splash.” The actual move wasn’t performed well, but Snoop was having fun and seeing as Snoop isn’t trained, safety was the top priory.

After the clip was shared on Twitter, Sasha Banks couldn’t resist the opportunity to poke fun at her real-life cousin’s lack of wrestling ability, as you can see below.

With Snoop seemingly being a hit with AEW, it will be interesting to see whether he works with WWE again. Just two months ago, he collaborated with the company for a range of merchandise with The Undertaker, but it’s understood the company was very upset with him agreeing to work with a rival.