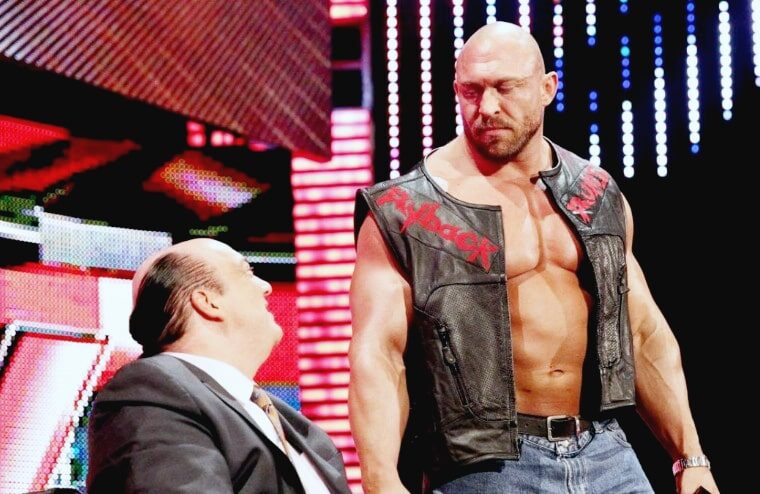 Ryback was aligned with Paul Heyman back in 2013 as part of the former ECW head honcho’s feud with CM Punk. It resulted in Punk defeating Ryback and Heyman in a 2-on-1 handicap Hell in a Cell match, and the following night the feud concluded in a Street Fight, which Punk won. Ryback and Heyman’s relationship hadn’t really elevated the former Skip Sheffield, and it’s understood Ryback didn’t want to work with Heyman from the start. Now replying to a fan’s tweet, Ryback has claimed that Brock Lesnar’s former advocate has made his career came from latching onto wrestlers. He’d also say claim he could destroy Heyman on the microphone. 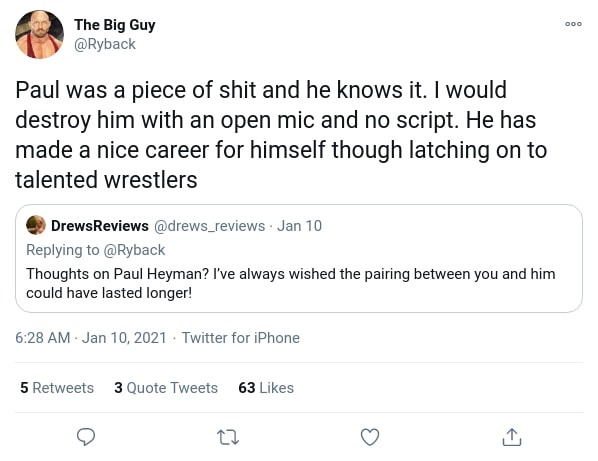 While a wrestler bad mouthing Paul Heyman is nothing new, declaring you can outperform him on a microphone is a bold claim. Many people consider Heyman one of the best talkers in the business, and he was the Wrestling Observer Nesweletters Best on Interviews of the 2010s winner. Heyman is currently aligned with Roman Reigns as his special counsel, a position given to him to cement Reigns’ heel turn.