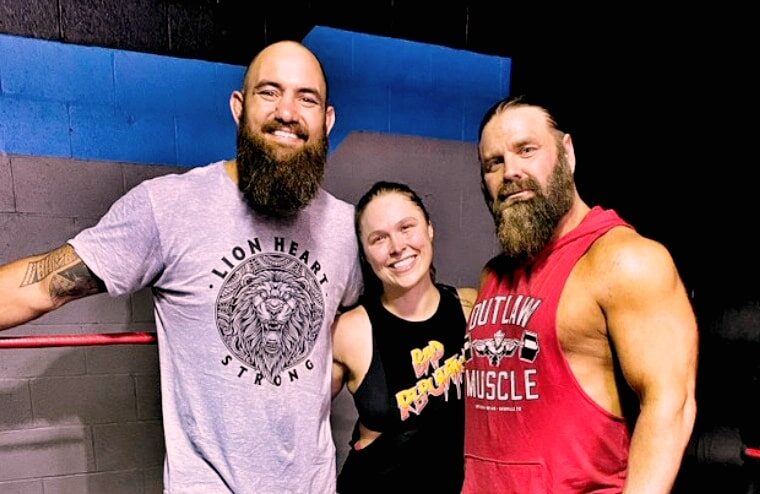 Despite not wrestling since WrestleMania 35, Ronda Rousey is still contracted to WWE, and although she has said she’d never work a full-time schedule again, it’s believed she is open to returning. Speculation has now commenced that she could be getting in ring shape after former TNA World Champion James Storm shared a photo with Rousey and her husband, Travis Browne.

Big thanks to @rondarousey & @travisbrownemma for the invite to do a little wrestling around. I’ve met a lot of people that come from different sports but none besides @therealkurtangle that have the respect for pro wrestling like she does.
James Storm

The fact Rousey is spending some time in the ring doesn’t on its own mean she is getting ready to wrestle again. However, combined with the fact Paul Heyman hinted in a recent interview with The New York Post that she might have secretly signed a contract extension, it does seem a good possibility.