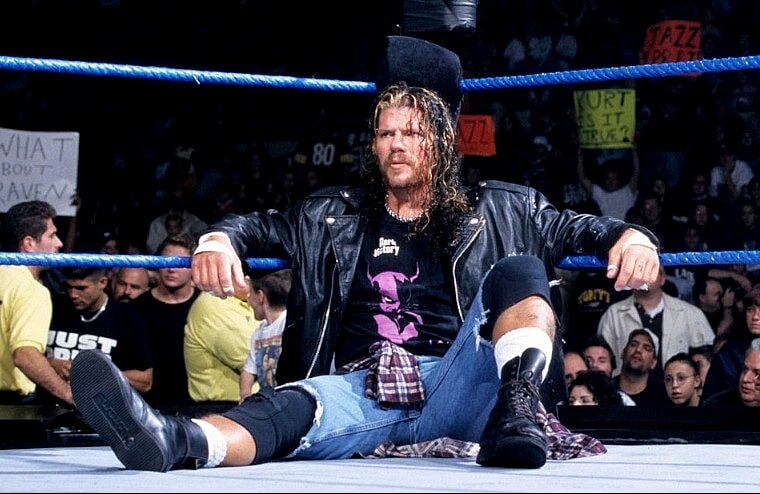 Before becoming known to wrestling fans worldwide as Raven, Scott Levy had numerous other names and gimmicks, and one of them was Johnny Polo. He’d play a wealthy preppy, pretty boy from 1993 until late 1994 in WWE, and while he did wrestle on occasion, he mostly worked as a manager and commenter. Now speaking to the Scheduled For Two Falls podcast, he has spoken about being close friends with Shane McMahon during this time and how long-term this killed his career.

It’s not what I wanted to do. It’s not me. Shane McMahon should have been Johnny Polo.

Me and Shane used to be really tight, but we drifted apart. He’d go out with me every night. Big heat with Linda and Vince. The boys thought I was kissing ass for my career, but it actually killed my career, giving me heat.Raven

Levy chose to leave WWE in 1994 as he wanted to wrestle and would reinvent himself as Raven, after two spells in ECW and two years in WCW. Jim Ross would hire Levy to return to WWE in 2000, and when Vince McMahon found out he was back with his company, he reportedly said, “who the f-ck hired Raven?” Indicating he was less than happy to be working with him again. Levy would spend three years with WWE, competing on the undercard and wrestling for the Hardcore Championship.

In 2008 Levy along with Chris Kanyon and Mike Sanders filed a lawsuit against WWE, challenging their status as independent contractors during their time with the company. The case was dismissed as the statute of limitations had run out. In 2016, Levy sued WWE again for WWE Network royalties along with Buff Bagwell. Levy and Bagwell agreed to drop the suit after WWE lawyers deposed them.