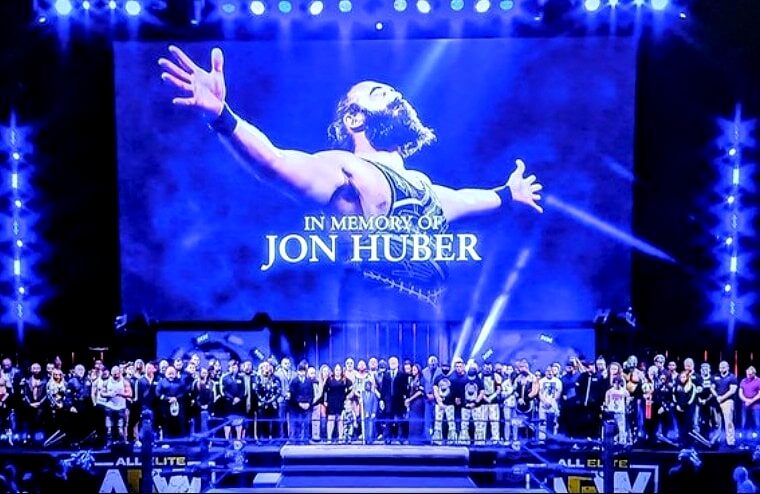 Last Wednesday’s episode of Dynamite was a tribute episode for Brodie Lee was tragically passed away the weekend prior. Each match featured at least one member of The Dark Order, Lee’s longtime tag partner Erick Rowan would make an appearance, and Lee’s son was awarded the TNT Championship belt his father previously held. It was an emotional night and will live long in the fans’ memories.

The final ratings had initially been delayed due to the holidays, but it has now been confirmed the show had 977,000 average viewers. This was a 26% increase from the previous week. The episode would also have a 0.40 rating in the key 18-49 demographic. While the Wednesday Night Wars weren’t of any importance last week, NXT lost the night heavily with 586,000 average viewers. This was down 16% week on week.