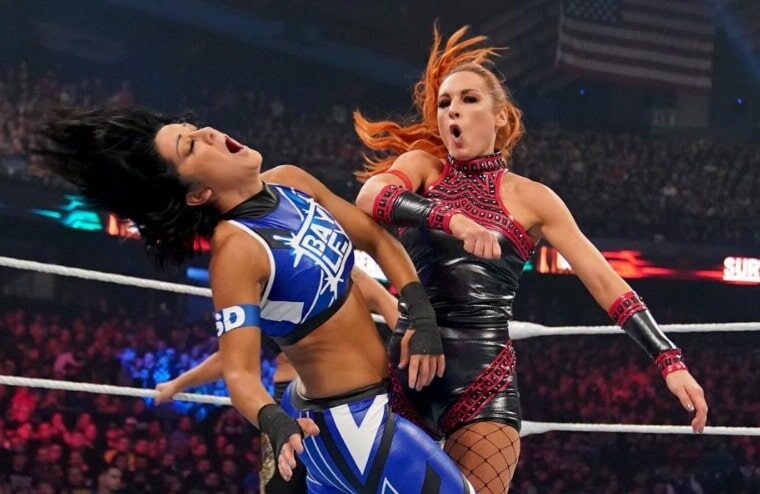 Becky Lynch has been gone from WWE television since announcing her pregnancy publicly on Raw back in May 2020. In a heartfelt segment, she would relinquish the Raw Women’s Championship she had held for 398 days to Asuka. She would then disappear from the spotlight and give birth to a baby daughter on December 4, 2020.

Since then, fans have been clamoring for her return, without much news. That was until WWE President & Chief Revenue Officer Nick Khan gave an update on The Colin Cowherd Podcast before WrestleMania 37, confirming Lynch would be resuming her wrestling career in “the not too distant future.“

Lynch has been working out at the Performance Center with Indi Harwell recently, so her return appears imminent, and now PWInsider.com has reported that she is scheduled to at this Sunday’s Money In The Bank pay-per-view. It isn’t confirmed whether Lynch will appear on camera, however, the timing makes sense with fans returning to shows. It should also be noted that there is still a free spot in the women’s Money in the Bank ladder match which, as of writing, has yet to be publicly announced, which, if it ends up going to Lynch, would be an excellent way for her to return.