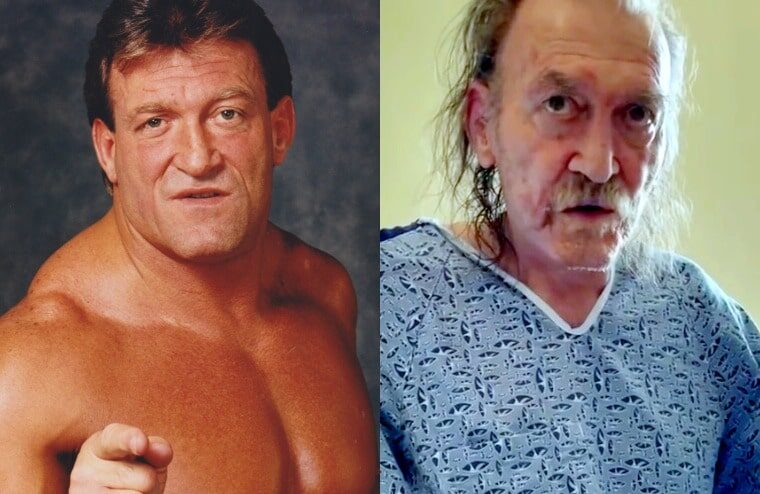 “Mr. Wonderful” Paul Orndorff was a significant part of Vince McMahon’s national expansion as an opponent for Hulk Hogan. The pair would face off dozens of times in the mid-80s, and Orndorff, along with Roddy Piper, would wrestle Hogan and Mr.T in the main event of the first WrestleMania. Unfortunately, nerve damage to his arm and neck that was left untreated caused him to retire in 1988.

He would, though, return in 1989 and go on to work for WCW and Herb Abrams’ UWF but never recaptured his former main event stats and stepped away from a full-time schedule in 1995. He’d then work as both a trainer and a road agent for WCW, and apart from occasional appearances, he has remained out of the spotlight since.

Sadly, at the age of 71, he now appears to be in ill health at a medical facility as his son Travis has shared a heartbreaking video of the WWE Hall of Famer where he is unrecognizable and appears to be confused. Some who have watched the video speculate he may have dementia, although that hasn’t been confirmed. Regardless the video is uncomfortable viewing, but seemingly his son’s intention is to make fans aware of his father’s condition.

Health and injury issues have plagued Orndorff since he failed to pass the medical for the NFL with both the New Orleans Saints and the Kansas City Chiefs in the 70s. In addition to the aforementioned nerve damage to his arm and neck, which resulted in the atrophy of his right bicep, he was diagnosed with cancer in 2011 but confirmed later he had beaten it. Then in 2016, he was included in a class-action lawsuit filed against WWE. With it said, he was amongst wrestlers who suffered long-term neurological injuries. The lawsuit would last for years but was eventually dismissed.