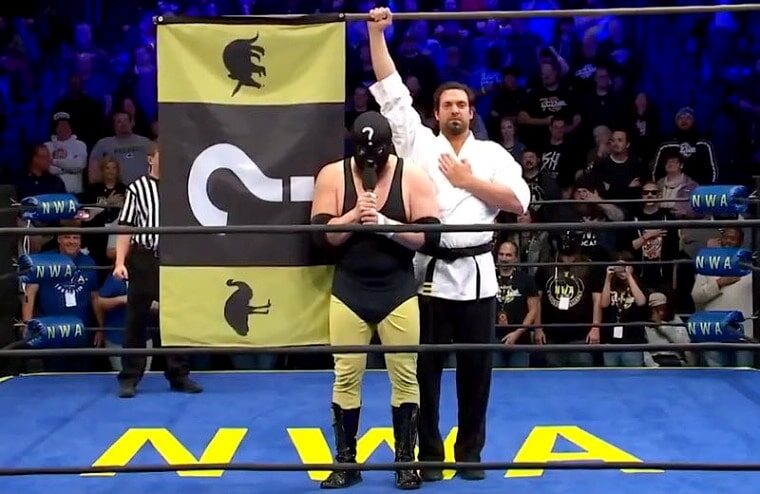 Longtime independent wrestler Joseph Hudson has sadly passed away from what is believed to be either a stroke or an aneurysm. He was best known for wrestling for Billy Corgan’s NWA promotion, where he competed as both Jocephus and The Question Mark. Additionally, he portrayed a young Bruiser Brody on Dark Side of the Ring in 2019. Corgan would be the one to break the sad news on his private Instagram.

It’s with a heavy heart that I share that my friend and brother in wrestling, Joseph Hudson, has passed away suddenly from an as-yet undiagnosed medical issue. NWA fans would know him as Jocephus as well as The Question Mark; where thanks to the great fans at GPB Studios in Atlanta, Joseph was able to receive the kind of support in the ring he’d always dreamt of. He is survived by a young son whom he loved dearly, and if anything would pain him about leaving this Earth it would be not being able to be there for his boy. RIP Joseph, love to you and Godspeed.Billy Corgan

Hudson had been wrestling for over a decade and met Corgan in the early days of his career when working for his Chicago-based promotion Resistance Pro Wrestling in 2012. He’d also wrestle for TNA at their Victory Road pay-per-view in 2016, likely based on Corgan being the company’s Senior Producer of Creative and Talent Development at the time. He’d follow Corgan to the NWA once he took ownership and challenged for the NWA World Championship multiple times. His final match took place at an NWA Powerrr taping in January 2020, where he teamed with Aron Stevens, better known as Damien Sandow, in a losing effort to The Rock’ n’ Roll Express.