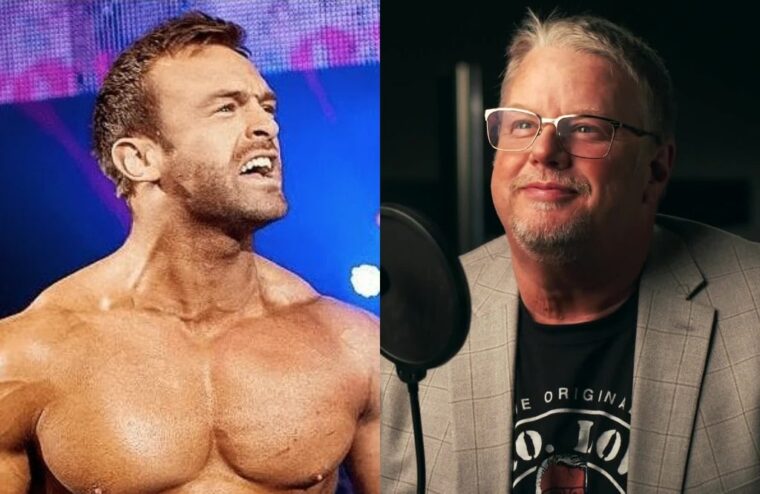 Nick Aldis appears to be custom-made for WWE, his 6 ft 4, 240lbs, in great shape, and can cut a promo. However, he has never been given an opportunity with the company despite his wife, Mickie James, having been with the promotion until recently. The belief is due to having heat with Bruce Prichard, who leads both the Raw and Smackdown writing teams.

While Aldis has fired off tweets in the past directed at Prichard, now on Keepin’ It 100, he has revealed that their heat dates back to their time together in TNA. Aldis says he went over Prichard’s head directly to TNA owner Dixie Cartner during contract negotiations, which upset Prichard, who was head of talent relations.

I’m starting to get a little bit of a pushski, you know what I mean. He’s trying to offer me a contract. Still, he tries to offer me the same money for three years, like it wasn’t about the money itself. So I just immediately said, I was like 25 at the time, I think, so I said, “so you’re telling me that when I’m 28, you think I’m going to be worth the same amount of money that I’m worth now, so why the f*ck would I be here? Why would I stay if you think I’m not going to increase my value in three years?” He’s like, “well, this is a good offer, I think.” Well, I did what anyone would do in that, so I went straight to Dixie.

Everyone can say what they want about Dixie, but like so many guys who worked at TNA in management capacities were so unprofessional because they would just do whatever they wanted, and then when they got called out for it, they would blame Dixie, but half the time Dixie didn’t even know because they just did it off their own back.

She was just like, “wait, whoa whoa,” you know, so in pretty short order, Dixie’s attorney Guy Blake took on my contract negotiations, just took it out of Bruce’s hands, and Scott D’Amore was doing my contract, he was my agent at the time, so Bruce got completely removed from the equation. And Bruce calls me up and is like, “oh, who do you think you are? Like doing this and doing that,” and then he goes, “you know just going running to mummy like a little b*tch?”

While Prichard remains in power in WWE and has Vince McMahon’s ear, it seems that there is little hope of seeing Aldis compete in a WWE ring. Thankfully though, Aldis is still doing well on his own terms and is the current NWA World Heavyweight Champion in his second reign, having been with Billy Corgan’s promotion since 2017. At 34 years of age, he still has time on his side, and with the NWA’s relationship with AEW, it wouldn’t be a surprise to see him working with them in the future.