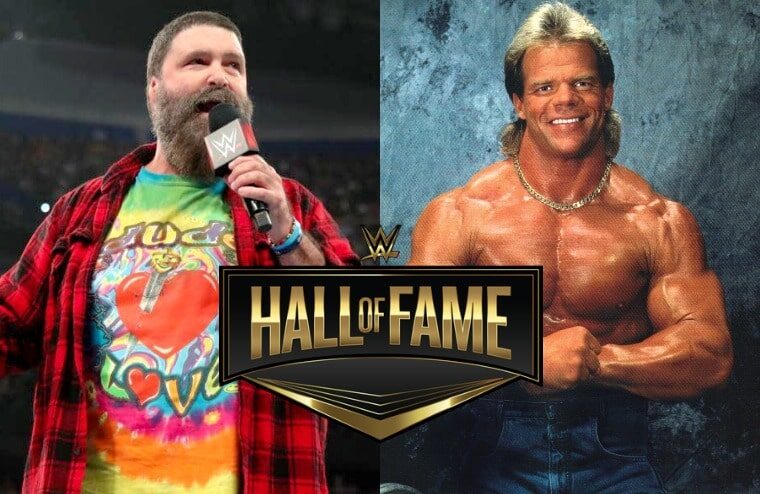 I was thinking about simply doing a video discussing the reasons why I think Lex Luger should be inducted into the Hall of Fame. I think far more people would see it than will this article, and I could record a video in about 1/50 the time it will take to cover the territory I’m hoping to cover. But ultimately, I am writing an article because I want it to reflect the thought I have been putting into this subject, and I hope that it gets people talking- both inside and outside of the business. I want readers to know that I felt strongly enough about this subject to spend several hours working on this article. It is not meant to be a thorough history of Lex Luger’s career, but instead a reminder of how big a star he was and how deserving he is of induction into the WWE Hall of Fame. Websites, podcasts, newsletters, and media of any kind can feel free to use part or all of this article as they wish.

In the simplest terms, Lex Luger was far too big of a star not to be in the WWE Hall of Fame. He was one of the very biggest stars of his era, and during his heyday – 1987-1999 – he headlined more pay-per-view shows, sold more tickets, and appeared on more magazine covers than all but a select few superstars of his era. While magazine covers might seem to be a random way of judging star-power to today’s fans, back in Luger’s era, appearing on the cover of Pro Wrestling Illustrated was a very prestigious measuring stick of stardom. Lex appeared on the PWI cover 19 times during the course of his career, putting him up there with the elite cover boys of PWI’s ’80s-’90s peak of influence – along with Hogan, Flair, Sting, The Road Warriors, Savage, Warrior, and Kerry Von Erich – all of whom have been inducted into WWE’s HOF. In terms of headlining PPV’s, Luger’s 19 again puts him up there in elite company, with every other comparable PPV headliner of his era. With the exception of Vader, whose absence from the Hall is also baffling, Lex is the only true perennial superstar of his era not to be honored with an induction into the WWE Hall of Fame.

For comparison’s sake, I consider myself a pretty solid choice for the WWE Hall of Fame. I certainly don’t remember any type of outcry coming from people who did not think I deserved induction. My career covered the same general era as Luger’s – give or take a few years. I headlined 10 PPV main events in my career – about half as many as Lex. I appeared on the cover of PWI twice. And I was a pretty darn important guy in the business. But so was Lex – and unlike me, he had the pressure of carrying his promotion for months on end.

It’s easy to knock Luger as being just a great physique guy. That was the major knock on him early in his career. Certainly, he had one of the finest physiques ever to grace the ring. His look certainly opened doors and provided opportunities that others of his era were never afforded. His rapid ascent meant that he did not have the luxury of making rookie mistakes in obscurity – and for a few years, maybe his push outweighed his talent. But by the time he became a member of the Four Horseman in 1987 (in my opinion, the lineup of Flair, Arn, Tully, and Lex was every bit as good as any Horseman lineup), he had become a solid worker and a certifiable drawing card.

But for me, it was Luger’s feud with Ricky Steamboat in 1989 that solidified him as a true top-tier talent. At that point in my career, I had about four years in the business, and assumed that it was Steamboat – one of the true greats in the business – who was carrying these great matches. However, my fellow Dominic DeNucci trainee, Shane Douglass, who was with WCW at the time, told me that it was actually Lex calling those matches. By this point, Luger’s work was far more fluid – not mechanical as it had been in the first few years of his career – his intensity was much greater, and his promo skills were vastly improved. He had indeed earned his moniker “The Total Package.”

I was with WCW in February 1990 when Sting, WCW’s top babyface, tore his patellar tendon at the conclusion of Clash of the Champions in Corpus Christi, leaving a gaping hole at the top of the card. Luger had just come into his own as a truly exceptional heel, but given the injury to Sting, a quick Luger babyface turn took place, and just a few weeks later, Lex and Flair turned in a 42-minute classic at “Wild Thing” in Greensboro, North Carolina. After the match, Lex was quick to give the “Nature Boy” all the credit, and although Flair well could have a good match with a broomstick, to truly make the kind of magic Flair and Luger had created, it does take two to tango.

I had the great privilege of watching the Flair/Luger rematches on a nightly basis throughout March and April of 1990. I usually wrestled early in the card, and then stuck around to learn as much as I could by watching the rest of the matches. And watching Flair and Luger was like watching a master class in action and psychology. Prior to that Greensboro match, it has been thought that cardiovascular conditioning was Luger’s Achilles’ heel. But he put that thought to rest by keeping pace with Flair, the undisputed cardio master.

But what really sold me on Luger was a conversation I had with Stan Hansen in Japan in March 1991. I had left WCW in July 1990, shortly after Ole Anderson came in as the booker. Ole was not a particularly big fan of mine, and reading the writing on the wall, I gave my notice and headed back to the indies. I had heard that Ole never really liked Lex and had matched him up with Hansen on both television and house shows as something of a punishment/rib on Lex. Hansen was well known within the business as being one of the toughest customers and stiffest, most realistic workers of all time, and every night in the ring with Stan was at least partially a battle for survival. But when I talked to Stan, it was clear that he respected the heck out of Luger, and felt he was the guy to carry that company.

Look, I clearly want the powers that be in WWE to read this article. So I don’t want to insult them. But when Lex Luger arrived in WWE in 1993, the company clearly tried to fix something that wasn’t broken. Why they felt the need to take the “Total Package” the guy with the “Human Torture Rack” finisher, the guy who had classics with Flair and Steamboat, the guy who earned the respect and admiration of Stan Hansen – and slap the one dimensional “Narcissus” (later “The Narcissist”) label on him, is beyond me.

Nonetheless, Luger was poised for a huge run when he emerged from a helicopter on the deck of the USS Intrepid to bodyslam WWE Champion Yokozuna and set up a much anticipated SummerSlam showdown. In the midst of his monster push, including a much-publicized “Lex Express” bus tour, wizened wrestling sage Jim Cornette, in a Wrestling Observer interview, cautioned that Lex was going to “look like a plate of piss” if he did not win the encounter. Technically, he did win, by count-out, and while I would not describe Lex’s appearance in the aftermath as being piss-like, in a business where momentum is such a key to success, the air just seems to fizzle out of the Luger balloon, and although he did go on to co-main event WrestleMania X, the Luger babyface run just wasn’t what it could have been had he taken the gold from Yoko at SummerSlam.

Besides, Luger just always felt like a WCW guy to me. His surprise return to the company was a major shot fired in the Monday night wars, and Lex went on to have several successful years with WCW – working on top or near the top of the card during most of that time. He was a key part in the initial feud with the NWO, was later a key member of the NWO Wolfpack, helped establish Paul Wight as a huge star, and played a key role in elevating Booker T into a main event singles attraction.

Lex Luger deserves to be the WWE Hall of Fame. The magnitude of his star power necessitates his inclusion, and I will argue the sooner, the better. He’s had some tough times, both emotionally and physically. Decades of heavy lifting, the physical trauma of playing college and professional football, and year after year traveling the world and bumping in the ring took their toll on Luger’s in the most severe of ways. In November 2007, a nerve impingement in his neck left Luger with no feeling in his arms or legs for weeks on end. Thankfully, he regained much of his range of motion, but he no longer looks like the “Total Package” of old. But to see the Luger of today is to see a kind and humble man, devoted to God, full of positivity, and grateful for his fans.

In our 1991 WCW storyline, it was revealed that Lex Luger brought me into the company to make life difficult for Sting, softening him up for the Total Package. In one interview, I proclaimed that “Lex Luger has friends in low places, who drop elbows from high places.” So it’s funny to think that 30 years later, the treacherous Luger and the maniacal Cactus Jack often retweet and like similar feel-good animal stories. Lex is a good man who deserves to be recognized as one of the very biggest stars of his era. It is my hope that this article will get people talking so that even if it does not open the right eyes or change the right minds to facilitate a 2021 WWE Hall of Fame induction, this article – and the buzz I hope it creates – might just serve as a reminder to fans of his era, just how good Lex really was, and perhaps introduce a new generation of fans to “The Total Package.” 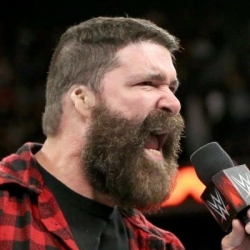